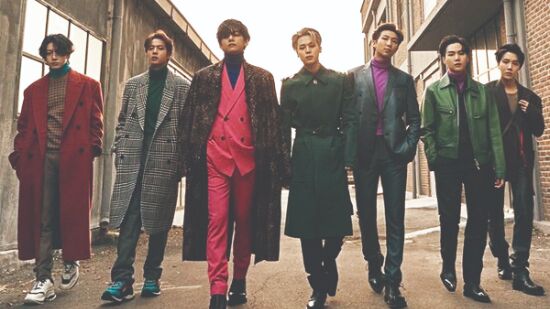 Popular music group 'BTS' recently addressed the United Nations General Assembly (UNGA) as the special presidential envoy for future generations from their native South Korea and expressed their faith in young people's ability to imagine a better world despite the pandemic.

The Grammy-nominated band - comprising RM, Jin, Suga, J-Hope, Jimin, V and Jungkook - attended the 76th UNGA as part of their duties as envoys and performed their latest English single 'Permission to Dance' at the UN headquarters.

In their speech, the band expressed hope for a better future with group leader RM saying, "We thought the world has stopped but it continues to move forward. I believe that every choice we make is the beginning of change, not the end."

The band attended the second meeting of the 'Sustainable Development Goals Moment' (SDG Moment) of the 'Decade of Action' with South Korea's President Moon Jae-in, who called the K-Pop band 'probably the artists most loved by people around the world' as he invited them to the podium.

This was, however, their first appearance in their diplomatic roles and more than a million tuned in to hear them speak and flood the social media with messages of support for their favourite band.

RM was the first to address the gathering, eventually inviting other members to join in to deliver a message of hope and positivity.

"It is an honor to be here today. We are 'BTS' appointed a special presidential envoy of the Republic of Korea. We are here today to share the stories of our future generation," the group leader, known for his English-speaking skills, said in Korean along with his group members as translated by the interpreter.

The band ended their long speech with the music performance of 'Permission to Dance' that first saw the band singing in the General Assembly Hall and then moving to the lobby.