Britney Spears refuses to interact with her mother 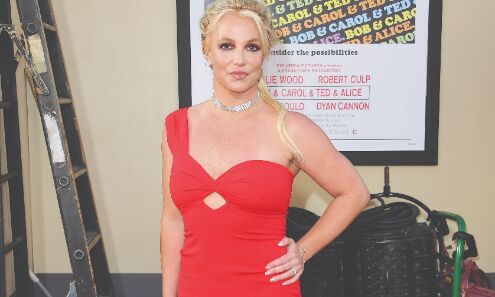 Britney Spears is reportedly refusing to meet her mom Lynne after the latter came to visit her in Los Angeles to reconcile with her daughter before the conservatorship win. 'Page Six' reported that the singer, 39 would not let Lynne enter her home or did not want to interact at all.

According to Page Six's sources, their fight took a huge shape after the 'Criminal' singer blamed her mother for 'ruining' her life with the conservatorship idea in a now-deleted social media post.

Page Six's report also stated that a few weeks before the conservatorship concluded, Lynne had flown to Los Angeles with hopes of getting to 'reconnect' with the singer, but that could not happen. Britney reportedly did not let Lynne into her home and was 'furious' with her.

The report made it clear that Lynne tried to visit again, but 'Britney just shut her down'. In the now-deleted 'Instagram' post, Britney

had accused her mother Lynne of giving her father the idea of a conservatorship, to begin with.

In the post, Britney had also shown her regret over the fact that she will never get the years which she spent under the conservatorship back. However, after some time, Britney deemed it fit to delete the write-up and her post entirely.

Britney Spears' conservatorship concluded on November 12, almost thirteen years after the singer was placed under the control of her father Jamie Spears.