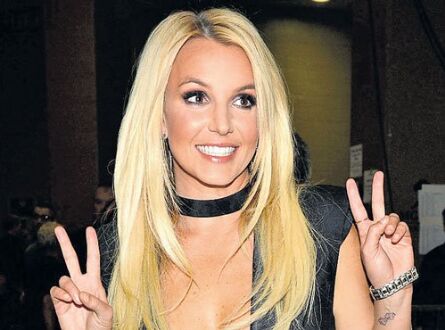 Los Angeles: Pop star Britney Spears' father Jamie Spears has decided to step down from the singer's conservatorship after 13 years.

Jamie Spears had placed his daughter under the court-ordered arrangement in 2008 when she suffered a public breakdown.

According to Deadline, Jamie Spears announced his decision to step down from the conservatorship in a response filed at the Los Angeles Superior Court on Thursday.

He said he would cooperate with the court on a transition, but did not give a timetable for his resignation.

"Even as Mr. Spears is the unremitting target of unjustified attacks, he does not believe that a public battle with his daughter over his continuing service as her conservator would be in her best interests, the filing stated.

So even though he must contest this unjustified Petition for his removal, Mr. Spears intends to work with the Court and his daughter's new attorney to prepare for an orderly transition to a new conservator, it added.

The filing, however, mentioned that there were no urgent circumstances justifying Jamie Spears' immediate suspension.

Considering the true facts and the actual circumstances that currently exist, an orderly transition based on cooperation would most certainly be in the best interests of Ms. Spears."

His filing comes a month after Britney Spears accused him of controlling her "100,000 per cent". She also claimed that she has been denied the right to have more children, and put on the psychiatric drug lithium against her wishes.

The pop star's lawyer Matthew Rosengart said Jamie Spears' decision to exit the conservatorship was a big victory for the singer.

This is a major victory for Britney Spears. We are pleased that Mr. Spears and his lawyer have today conceded in a filing that he must be removed, Rosengart said.

We are disappointed, however, by their ongoing shameful and reprehensible attacks on Ms. Spears and others," he added.

Earlier Rosengart had publicly called for Jamie Spears to resign, but prior to him stepping aside, he had said that he would not voluntarily resign.

In his recent filings, the lawyer has claimed that Jamie Spears has dissipated his singer-daughter's multi-million-dollar fortune.