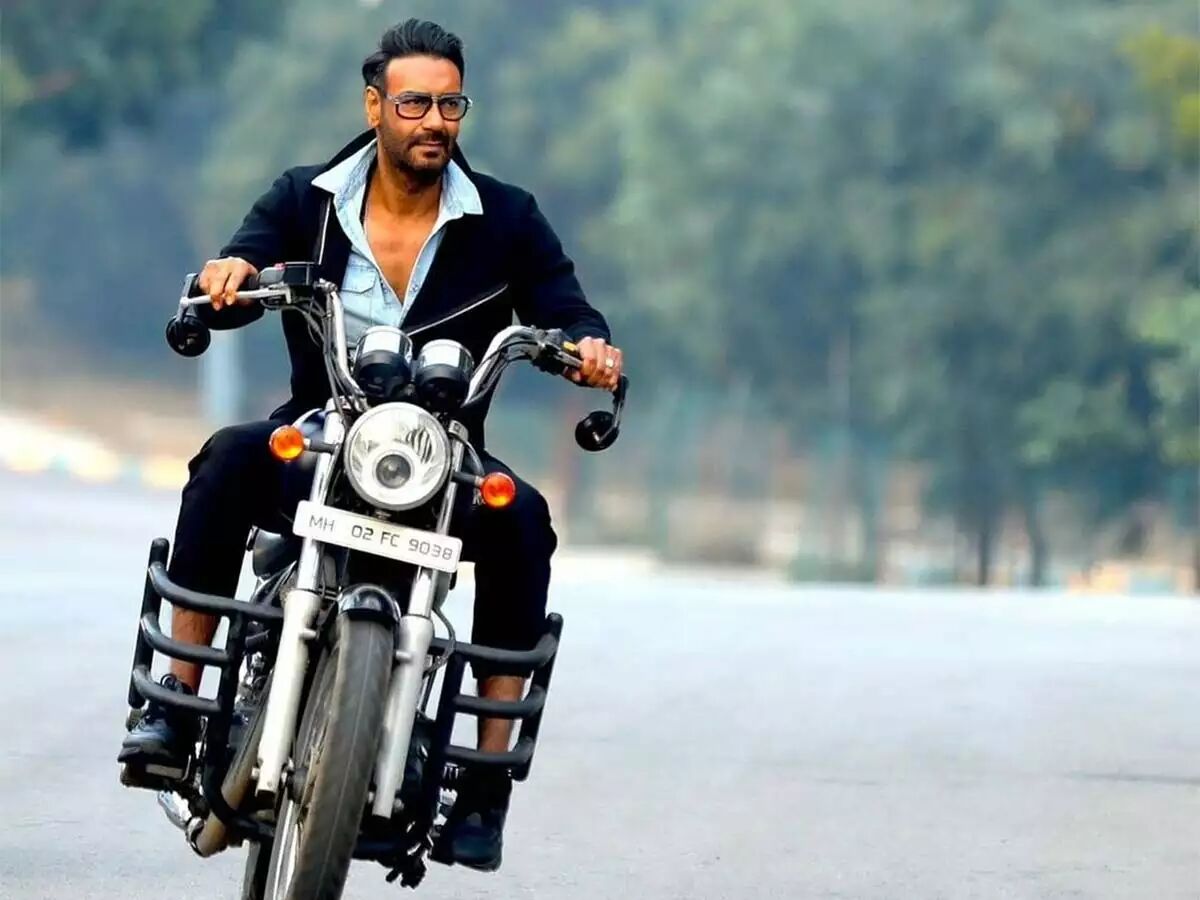 Bollywood star Ajay Devgn says whether it's acting or direction, he is a "rule-breaker" as he believes it is good to strive for something new in his cinema.

The 53-year-old actor is returning to his first passion, direction for the third time with Runway 34 after 2008's U Me Aur Hum and Shivaay in 2016.

In Runway 34 , Devgn also stars as a prodigy pilot, whose flight takes a mysterious course after take-off from an international destination.

The actor said his character, Captain Vikrant Khanna, is a confident man, and similar to his own persona.

I loved the character, he is not completely white or dark, he is a little greyish... He likes to break the rules but would not do anything wrong that will harm anybody.

"I like to break the norms. Like even in my films, I am breaking some rules be it the storytelling or technology whether they work or not. It is good to try something new, and offer something different to people. I always do what I like, I don't think which genre or space or trend it is," Devgn said in an interview.

There are reports that Runway 34 is inspired by the 2015 Jet Airways Doha-Kochi flight incident and how the aircraft avoided a disaster after facing difficulties due to poor visibility.

Asked about it, the actor maintained, "It is based on a true incident but there are some things that we have dramatised.

Direction has always been Devgn's first love as he developed interest in camera and direction after watching his father Veeru Devgn, a popular action director in Hindi cinema. But he instead made foray into films with a leading role in Phool Aur Kaante.

Before his debut film, the 53-year-old actor started as an assistant director and would often help his father in the editing process. When not assisting, he would make video films.

"Suddenly I became an actor. I was actually experienced in being behind the camera. CGI wasn't there at that time, it was all about camera tricks. My dad was really good at it. The technology and the technique fascinated me," the actor recalled.

Devgn said he assisted filmmaker Shekhar Kapur on several ad films and even on 1995 film Dushmani to some extent.

"By the time it was being made, I became an actor. Then after 20 releases, he was still shooting for Dushmani'," he said.

The actor said technology has always played a pivotal role in his directorial ventures whether it is using helicam (remote-controlled mini-helicopter used to obtain aerial pictures and videos) or Panavision camera or the concept of shooting a promotional video for Pyaar To Hona Hi Tha, which Devgn shot and executed on CG.

"The interest in technology comes naturally to me. Like in Shivaay', there were so many types of equipment that we created. We are limited with our budgets here. In Hollywood they shoot it very well but they have Rs 1000 crore and we have Rs 100 crore, so we have to do something similar or better with the resources we have. Trying to achieve something without the kind of resource is the best part of it, otherwise, anyone can do it."

Similarly, Devgn said, the films that he directs need to challenge him as a storyteller, which is why his debut film dealt with Alzheimer's disease, Shivaay revolved around a father-daughter relationship but was laced with a heavy dose of action and Runway 34 has been billed as an edge-of-the-seat drama.

He has also acted in the projects that he has directed but that's not the condition always.

"With this film, I first thought of directing it then acting and production aspect happened. If the character suits me, I act in it. It is not necessary then I would not do it. It is all based on a story, if it inspires me then I direct and act too."

Runway 34 is slated to release on April 29 in theatres and Devgn praised his superstar friend Salman Khan for letting his movie arrive during Eid, a festival synonymous with Khan releases.

"Last to last year, I called Salman and asked if his film will be released on Eid because I would like to have my movie come out during that time. He said, 'I would not come with my film'.

I don't know about the new generation, but we all are like brothers, we are there for each other. So many times, Akshay (Kumar) tweets for me, I do it for him and others. We never think that his films should not work at the box office. All of us in our age group are not in competition with each other, he said, adding, that he would love to team up with his contemporaries for a full-fledged film.

Megastar Amitabh Bachchan, Rakul Preet Singh and Angira Dhar round out the cast of Runway 34 . "I am very grateful to him (Bachchan) that he said yes. We both share a great rapport. He knows I can manage things as a director."