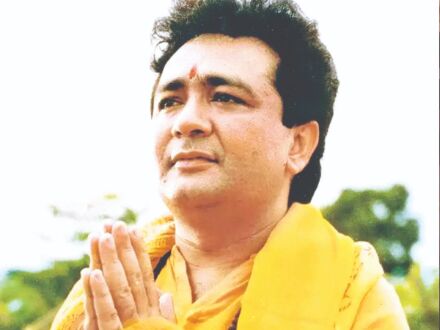 Mumbai: On July 1, the Bombay High Court upheld the acquittal of film producer and 'Tips Industries' co-founder Ramesh Taurani in the case of murder of music baron Gulshan Kumar in 1997.

Though the bench also upheld the conviction of Abdul Rauf Merchant and the life sentence imposed on him, it quashed and set aside his conviction under sections 392 and 397.

A division bench of Justices S S Jadhav and N R Borkar also quashed the acquittal of another accused in the case, Abdul Rashid Merchant, brother of Rauf and convicted him to life imprisonment.

Gulshan Kumar, also known as the 'Cassette king', was shot dead in August 1997 outside a temple in suburban Andheri. According to the prosecution, his rivals had paid money to gangster Abu Salem to eliminate him.

"The acquittal of another accused Abdul Rashid Merchant is quashed. Rashid is convicted under sections 302, 120(b) of the IPC and section 27 of the Indian Arms Act. The accused is sentenced to life imprisonment. He is directed to surrender forthwith to the trial court or the D N Nagar police station," the high court said in its order.

The bench also said that Rauf would not be entitled to remission after considering his conduct during the trial.

"The appellant (Rauf) shall not be entitled to remission considering his criminal antecedents and in the interest of justice and the public at large, he is not entitled to any leniency," the court said.