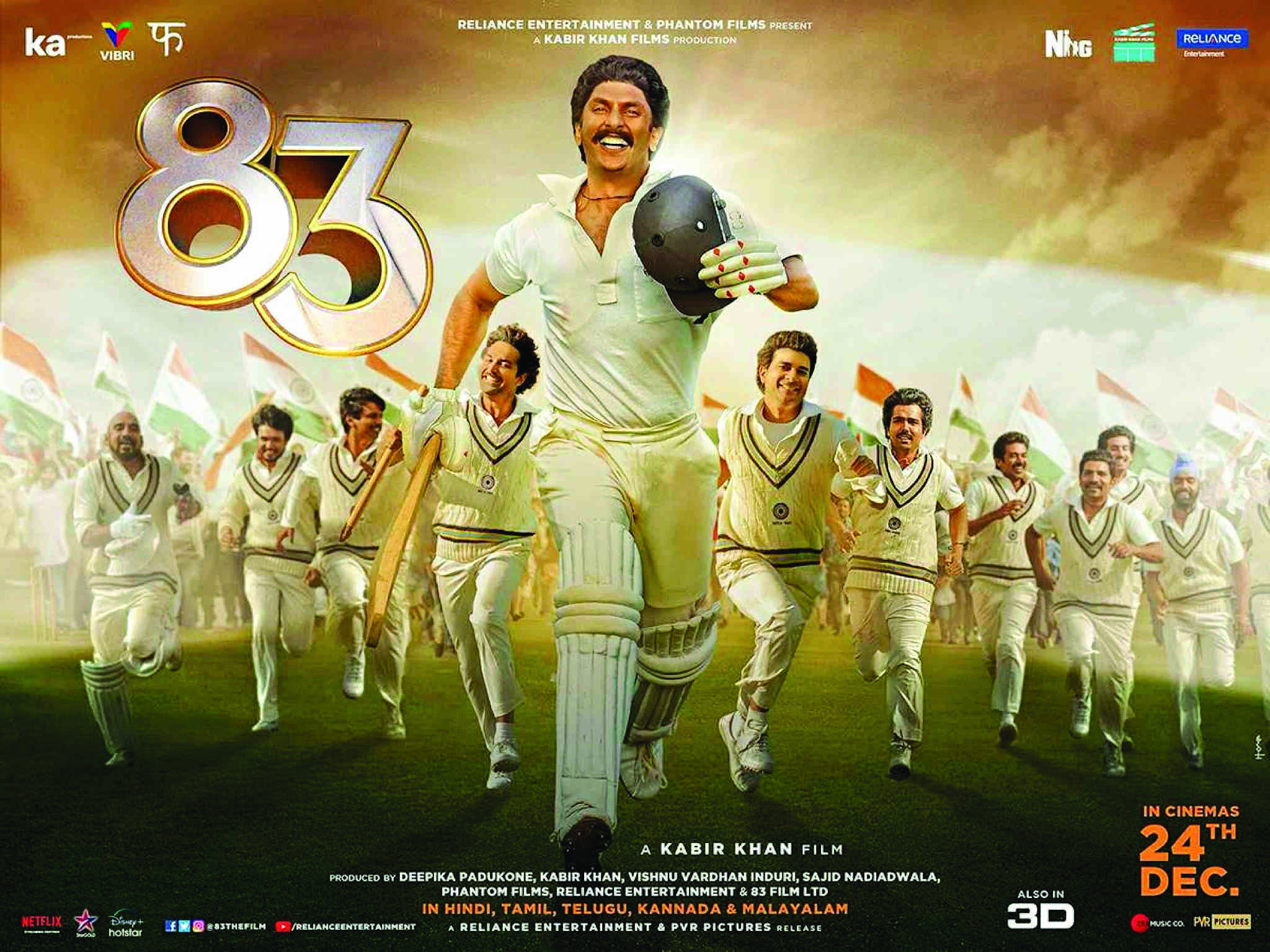 Kabir Khan's much-awaited film, '83' starring Ranveer Singh is all set to hit the theatres on December 24. Ahead of the film's release, B-town celebrities are showering praise on the film after watching the movie in a special screening.

Suniel Shetty took to his 'Twitter' handle to share a heartfelt post for the film: "Went to watch Ranveer in '83'. Could not spot him. There was only Kapil Dev on screen. Incredible transformation. I am stunned beyond. A team cast that could have walked off Lords. Got gooseflesh like I was reliving '83'. Still shaken and teary-eyed at the artistry and emotions."

Elaborating further, he added, "Sheer belief. That is what it is. The goodness of being Kabir Khan. The faith in his story and the power of his scenes and characters. Blew my socks off. And the backing of Sajid Nadiadwala in a project that is a personal tale. The tears are real."

Rhea Chakraborty also reviewed the movie on her 'Instagram' story.

"Watched '83' yesterday. Loved the film Kabir sir. You have given us a masterpiece. Ranveer Singh, I have no words for you. You are so good.

Saqib Saleem, you are a rockstar. Loved your performance. Hats off to the entire cast and crew. Thank you Sajid Nadiadwala. Please go watch the film," she wrote.

After waiting for a long time, the makers of the movie are finally set to release the film. Ranveer will be seen essaying the role of Kapil Dev in the movie while Deepika Padukone will play his wife Romi Dev. Deepika is also co-producing the movie.