'Black Widow was so hyper-sexualised' 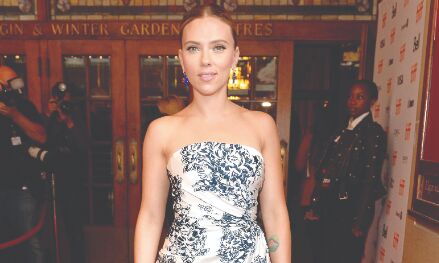 Los Angeles: Scarlett Johansson, who is getting a stand-alone movie in the 'Marvel Cinematic Universe' with 'Black Widow', is happy that the character has transformed from its early days of 'hyper-sexualisation'.

The 35-year-old actor made her debut as Black Widow in the Robert Downey Jr-starrer 'Iron Man 2', in 2010 and 11 years later the superhero is getting a solo outing in July this year.

Talking about the character's journey, the Oscar-nominated actor reflected on the changes that have come with time for Black Widow as known as Natasha Romanoff, a highly trained former KGB assassin, who becomes an Avenger later.

"It has changed and I think part of that change is hard because I'm inside it, but probably a lot of that is actually from me too. I will be 35 years old and I'm a mom and my life is different. 10 years have passed and things have happened and I have a much different and more evolved understanding of myself," said Johansson.

She added, "As a woman, I'm in a different place in my life, you know? And I felt more forgiving of myself, as a woman and yet sometimes it was not enough. I'm more accepting of myself, I think. All of that is related to that move away from the kind of hyper-sexualisation of this character. I mean, you look back at 'Iron Man 2' and while it was really fun and had a lot of great moments in it, the character is so sexualised, you know?"

Scarlet said that her character is talked about in 'Iron Man 2' like 'she is a piece of something, like a possession or a thing.'