BJP MLA calls out Javed Akhtar for his Taliban comment 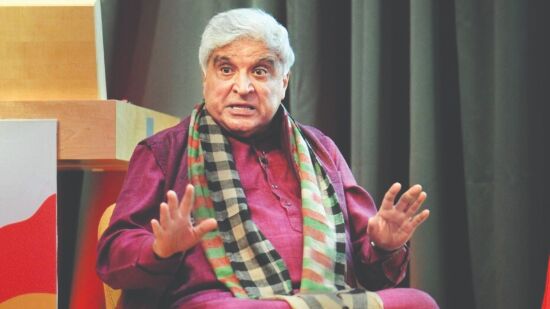 the Taliban went viral. In a recent interview with a leading news agency, Javed drew a parallel between the RSS, VHP and Bajrang Dal to the Taliban.

The lyricist's comment did not go down well with Mumbai-based BJP MLA Ram Kadam, who urged Javed Akhtar to apologise. If he fails to do so, the films on which he has worked would not be screened.

Taking to 'Twitter', Kadam tweeted a video in which he said, "If Taliban's ideology existed here, could he have made such statements? The answer to this question shows how hollow Akhtar's remarks are. Until he apologises to the members of the Sangh with folded hands, we would not allow any of his films to be screened in the land of Ma Bharti."

Speaking to the news agency earlier, Javed Akhtar had said, "I think people who support organisations like the RSS,

VHP or Bajrang Dal need to do some introspection. Of course, the Taliban are reprehensible as they are barbarians. But the people whom you are supporting, how are they different from the Taliban."

Javed Akhtar began trending on 'Twitter' on September 5. The veteran lyricist also faced backlash on social media as several took to 'Twitter' to tweet their views on the matter.