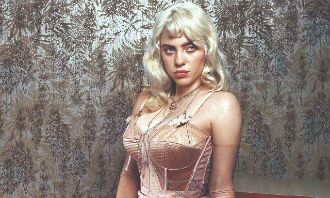 On the 'Austin City Limits 2021' stage this weekend, Billie Eilish revealed that she had partly wanted to cancel her appearance at the Texas music festival in protest against the state's restrictive new abortion law, reported 'Billboard.com'.

But she came through for her Texas fans.

The law that Texas enacted in September prohibits abortions after around six weeks when cardiac activity is detected, but at which time many women are not even aware they are pregnant. The law does not make exceptions for rape or incest and very few for health reasons. It also employs a controversial method of enforcement that allows private citizens to sue abortion providers who violate the law, as well as anyone who aids a woman in obtaining an abortion, for 10,000 dollars or more.

"When they made that thing a law, I almost did not want to do the show because I wanted to punish this place for allowing that to happen here," Eilish could be heard saying on the 'ACL Fest' stage at Zilker Park on October 2 in a video clip filmed by fans.

"But then I remembered that it is you guys that are the victims and you deserve everything in the world. And we need to tell them to shut up," she told the crowd, reportedly putting up her middle finger.

"My body, my choice!" Eilish, who celebrated her first arena show in over a year just a couple of weeks ago, shouted. She urged the ACL crowd to join her.

Eilish seemed very glad to have performed at Austin City Limits after all: "Last night was crazy. It was one of my favourites," she commented on 'Instagram', where she posted a series of photos from her set recently.

Barbara Streisand, Pink and St. Vincent are among the many artistes who have criticised the new Texas law.

"Have we gone backward in time? Is not it interesting how putting on a mask is 'violating their body' but abortion rights are not?" Streisand asked.