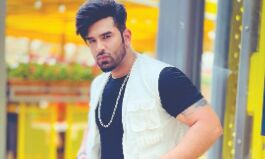 Paras Chhabra is an Indian model and TV actor known for winning MTV's India's 'Splitsvilla 5' with Akanksha Popli. In 2013, he became a household name after emerging as a finalist of 'Bigg Boss' season 13 - India's most-watched reality show.

In an exclusive chat with 'Millennium Post', the actor opens up about 'Bigg Boss' maintaining its position as one of the most popular shows among Indian audiences and whether the show is scripted or not.

"The content, which the contestants give, makes the show stand strong," believes Chhabra.

"It is just a normal reality show where contestants are locked inside the house. They behave like normal people for three months as they cannot maintain a facade for this long. What attracts the audience about it is the way contestants (mostly celebrities) show their true self. It is engaging and worth following," shares Chhabra on the reason behind 'Bigg Boss' still standing strong in an era when reality shows have lost their credibility.

The biggest shock for TV watchers this year was when singer Amit Kumar slammed the longest-running singing reality show 'Indian Idol' for being scripted. Kumar had revealed that he was asked to praise every contestant irrespective of how he/she sang. The incident led to more people losing trust in reality shows.

Speaking on how Bigg Boss' TRPs remain unaffected despite all the controversies about it being scripted, Paras reveals, "When I was in 'Bigg Boss' house, I had no clue about what controversies were being made outside. We as contestants are confined to the walls of the house and are cut off from the world. So, I believe controversies are made outside the house for the sake of more followers and TRP."

"Media wants the audience to read their stuff (news stories), which is why they find new angles to make it more sellable. Moreover, I think, 'Bigg Boss' has its team which comes together with the media to cook such controversies and make the show bigger. If there is no controversy, no one will watch it. But 'Bigg Boss' is not scripted as they do not tell us what to do," he claims.

The new season of 'Bigg Boss', for which the preparations are in full gear, will welcome commoners along with celebrity contestants once again. These commoners will be selected through various auditions and the audience will have a huge role to play in the process.

Sharing his thoughts on having common people on the show, Chhabra opines, "On a personal note, I feel commoners make the show worse because they do unnecessary and vulgar stuff after becoming a part of the show. Their behaviour is not according to the industry's code of conduct as they do not know how to behave in front of the camera. So they do 'certain things' and make it seem dirty."

On the work front, Paras is doing music videos one after the other. "I will also be doing something bigger like a film, a series or may be a reality show if I get a chance," he concludes.