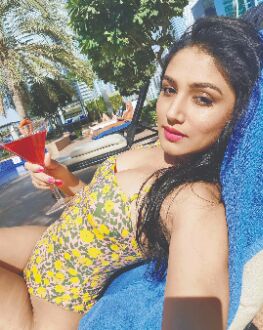 Bigg Boss 15' is just a few days away and speculation around its final list of contestants is at an all-time high.

The clip shows the four contestants carrying their luggage and entering a jungle, giving

a sneak peek into the jungle theme of the season. Even though their faces are not fully revealed, there are enough shots of their features to confirm their identity.

'Bigg Boss 15' will begin airing on 'Colors TV' from October 2. Superstar Salman Khan returned to India on September 26 for the show's launch. The actor had been shooting in Russia for 'Tiger 3' with Katrina Kaif.

'Bigg Boss 15' comes almost two weeks after 'Bigg Boss OTT' season one finale. Divya Aggarwal was adjudged the winner while Shamita Shetty and Nishant Bhat were the runners-up. As 'Bigg Boss OTT' finalists were supposed to enter Bigg Boss 15, Shamita and Nishant will be seen on the show competing with the rest of the contestants.

Pratik Sehajpal has also ensured a place for himself in the upcoming edition of 'Bigg Boss'.