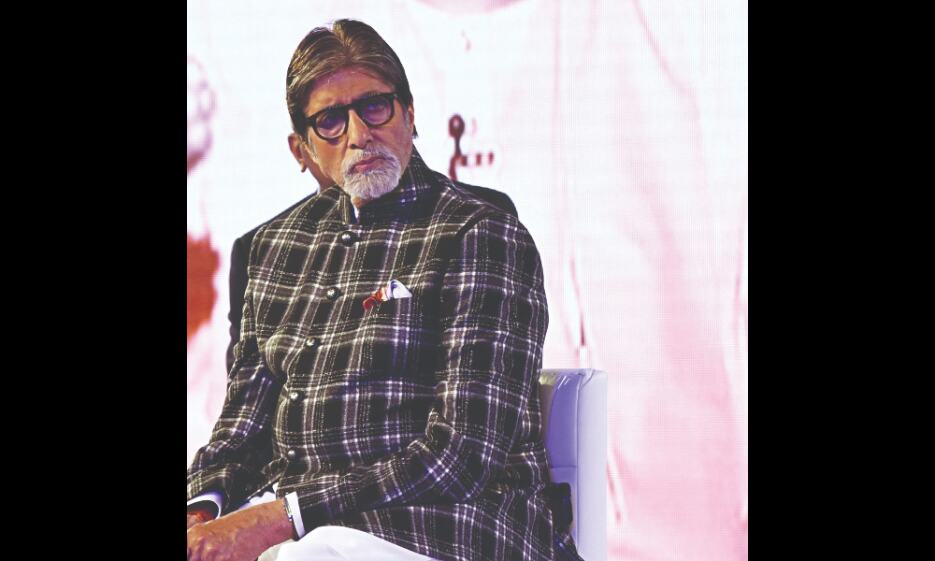 The biggest and most awaited film, 'Brahmastra', is all set to arrive soon in theatres.

Ahead of the motion poster launch of Ranbir Kapoor and Alia Bhatt starrer, Amitabh Bachchan has dropped a glimpse of the epic film that is all set to win the hearts of the audience. Taking to his social media handles, Big B shared a poster featuring Ranbir Kapoor covered with fire all over and it certainly leaves us excited about the motion poster set to drop on December 15.

Taking to his 'Twitter' handle, Amitabh Bachchan wrote, "Our journey of sharing 'Brahmāstra' with the world is finally beginning! With love, light and fire, the 'Brahmāstra' motion poster will be out tomorrow."

In the poster, one can see Ranbir covered with fire all over, with his arms stretched out. Seeing the same, one can certainly guess that Ranbir's character Shiva may have a deep connection with the fire in the film. Recently, Alia announced that the motion poster launch will take place on December 15, 2021 and left fans excited about knowing about the release as well.

Previously, Ayan also shared a still of Ranbir from the film, in which the actor could be seen with his arm stretched out and fire emitting through it. Ayan also has been sharing 'glimpses' from behind-the-scenes of the magnum opus that has been leaving fans excited about the film.

'Brahmastra' also stars Mouni Roy, Dimple Kapadia and Nagarjuna Akkineni in pivotal roles. The logo launch had taken place back in 2019 in Prayagraj and since then, fans have been eagerly awaiting the release of the film. Directed by Ayan, 'Brahmastra' is backed by Karan Johar.

An entertainment news portal had reported earlier that the film may hit the screens on September 9, 2022.