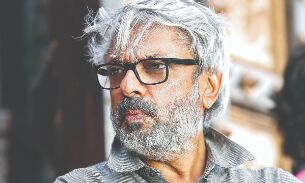 Bollywood filmmaker Sanjay Leela Bhansali, known for his opulent films such as 'Devdas', 'Bajirao Mastani' and 'Padmaavat', has joined hands with 'Netflix' for his pre-Independence set series, 'Heeramandi'.

Described as a passion project from the director, who just completed 25 years in show business, the series will explore stories of courtesans and the hidden cultural reality of 'Heeramandi', a dazzling district, during pre-Independent India.

"It is a series about love, betrayal, succession and politics in the 'kothas', which promises Bhansali's trademark larger-than-life sets, multi-faceted characters and soulful compositions.

This piece-de-resistance will be created by the master filmmaker with an eye for detail and intense intricacies only he is capable of," the OTT streamer said in a statement.

"This is an epic and first of its kind series based on the courtesans of Lahore. It is an ambitious, grand and all-encompassing series. Therefore, I am nervous yet excited about making it. I am looking forward to my partnership with 'Netflix' and bringing 'Heeramandi' to audiences all over the world," the director said.

Monika Shergill, VP, Content, 'Netflix India' said, "We are beyond excited to bring his extraordinary creative vision to storytelling

on 'Netflix'. 'Heeramandi' will be

a story that will intrigue audiences and transport them into a world of incredible grandeur, beauty and harshness at the same time."