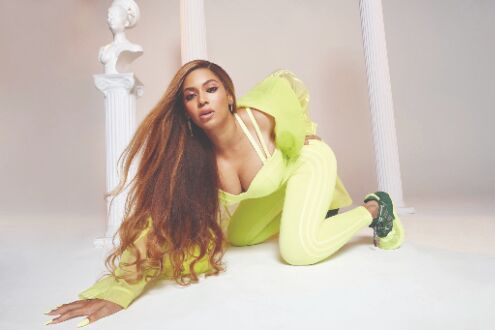 Beyoncé is embracing 40 with open arms. The singer, who turned 40 on September 4, wrote a letter to her fans on her website on September 23, reflecting on her growth and lessons gained so far.

"This is the first year that I understand what it means to be alive and to live in the moment," Beyoncé said as per 'PEOPLE'.

She added, "It is the first time that I understand how fragile life truly is, how hard life can be at times and therefore how important it is to stop and smell the roses during the good times. I thought I knew that at 21 or 30, but I did not."

In 1998, the 'Flawless' singer released her self-titled debut album alongside Destiny's Child bandmates Kelly Rowland, LaTavia Roberson and LaToya Luckett, followed by her first solo album 'Dangerously in Love' in 2003.

Beyoncé believes she has been able to soak in joy on a deeper level than ever before as she continues to develop and evolve as a person.

"The more mature I become, the more I understand and the deeper my joy grows. Freedom and liberation are knowing that I have made it to the other side of my sacrifice," the 28-time 'Grammy' winner explained.

She admitted, "I'm finally giving myself permission to enjoy the seeds I have worked so hard to plant my whole life."

As per 'PEOPLE', in her letter, the celebrity also slammed the antiquated idea that life becomes more difficult for women beyond the age of 40.

"Whoever tried to condition women to feel that we are supposed to be old or unhappy when we turn 40 got it all the way wrong. This has been the best I have felt in my life," Beyoncé said, adding, "I'm so grateful to be grown up!"

She also wrote, "Most of you all met me when I was 15 and we have grown up together. You bring so much joy into my life. I hope my art can continue to bring a little joy into yours," Beyoncé concluded in her ode.

The singer signed her letter in the end writing 'I love you deep', repeating the word 'deep' 40 times in total. She drew a bee as well.