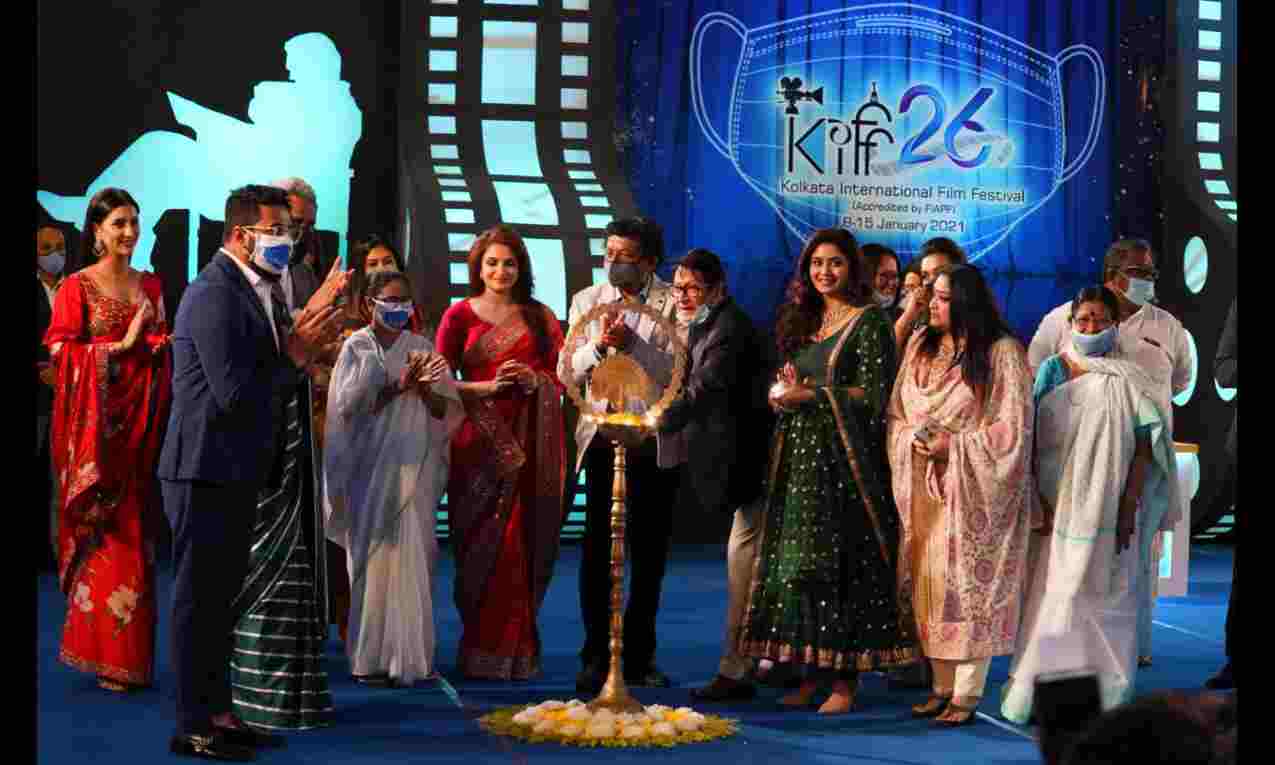 Polish director Ola Jankowsa got the best director crown in the same category, christened as International Competition: Innovation in Moving Images, for her film 'Anatomia' (Anatomy).

The NETPAC Award for Best Film in the Asian Select section went to the Bengali film 'Manikbabur Megh' (The Cloud and the Man) by another young director Abhinandan Banerjee.

In the Special Jury Award in the Indian language films category, the Bengali movie 'Prapti' (Receipt) by Anuraag Pati got the crown while the Hindi film 'Geru Patra' by Shristipal Singh received the Golden Royal Bengal Tiger award as Best Indian Short film.

Ishaan, son of director Goutam Ghosh, who got Rs 51 lakh prize money, said "I don't know what to say. It took a lot of time to make the film. We just went out with the camera having a block lens costing Rs 60,000. There was no script. The narrative just developed as we explored the Dhapa dumping ground of Kolkata."

He received the award in presence of his parents.

Minister of State for Information and Cultural Affairs, Indranil Sen, said, "While we were thinking about making the festival virtual, Chief Minister Mamata Banerjee inspired us to hold it in physical mode. "

Inviting the audience to the 28th KIFF, Sen said that in the post-pandemic phase, West Bengal is the only state in the country that organised a business summit and a film festival on such a grand scale.

KIFF Chairman Raj Chakraborty said that the dates of the 28th festival are yet to be decided.

Actors Raima Sen, June Maliah and Saheb Chatterjee, besides officials of the Information and Cultural Affairs Department, were present on the occasion drawing curtains on the seven-day carnival where 161 films including 41 from foreign countries were screened in 10 venues from April 25.