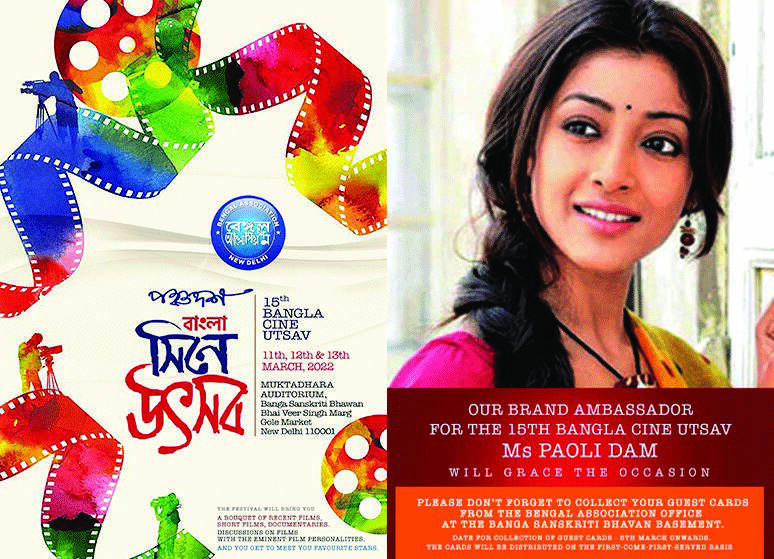 Bengal Association, Delhi is shouldering the responsibility of 'Prochar and Prasar' of Bengali films for the last few decades.

Seven new full-length feature films and four short movies will be screened during the Utsav.

The leading star of the Bangla screen, Paoli Dam, will be present on the stage as a brand ambassador along with many other popular stars of Bangla cinema.

On the inaugural day of the festival, Paoli Dam starrer 'Sanjhbati' will be screened. It will be preceded by a

dance performance by 'Le Rhythm' and an onstage interview of Dam.

On the second day, which is on March 12, 2022, the festival will start at 11 am with the screening of a short film, 'Fade Out'. Four feature films, along with onstage interviews of leading stars of Bengali films, will be held.

On the final day, which is on March 13, four feature films and two short films will be screened.

In this second largest Bangla cine fest, outside Bengal, many stars of Bangla Cineworld and VIPs are expected to attend the festival.