Ben hopes to generate 'compassion' with 'The Last Duel' 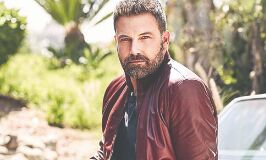 Hollywood actor Ben Affleck recently talked about his upcoming film 'The Last Duel'. The 48-year-old actor, who also wrote the script, talked to reporters as per 'Just Jared' at the 'Venice Film Festival' press conference about what he thinks audiences will take away from the film. Ben hopes that his movie will generate 'a lot of catharsis and empathy' among audiences.

As per 'Just Jared', speaking at a press conference, Affleck said, "This story is the one that I hoped would develop in the viewer a sense of compassion and the idea that we might look at one another differently, with more empathy and with the sense of wondering whether or not our perspective might not take into consideration completely the other person's reality, history, culture and education."

'The Last Duel', based on true events, is a story of betrayal and vengeance set against the savagery of 14th century France. The plot revolves around Marguerite de Carrouges (Jodie Comer), the wife of Jean de Carrouges (Matt Damon), accusing Jacques Le Gris (Adam Driver) of sexually assaulting her. All three fates must be determined in a fight to the death. However, Affleck, who landed in Venice with girlfriend Jennifer Lopez on September 9, said the role of Marguerite was a major attraction for him in wanting to create the film and that he knew from the start that 'the movie would rise or fall on this performance'.

The actor also complimented Marguerite's 'extraordinary strength and bravery' in the picture, which he co-produced alongside Scott, Kevin J Walsh, Jennifer Fox, Holofcener and Damon.