Bella recalls being 'nervous' at the 2016 Cannes 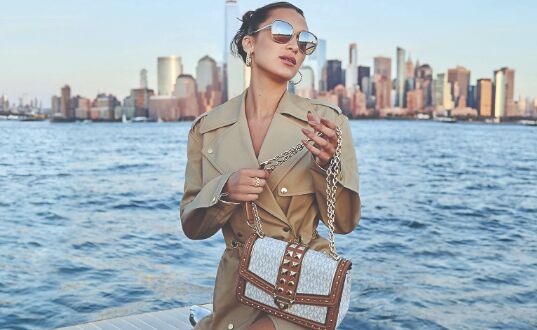 Supermodel Bella Hadid recently got candid about not feeling herself all the time even though she looks fantastic. While chatting with 'Vogue', the 24-year-old model opened up about her insecurities when she started in 2015. She also recalled how 'nervous' she was to make her debut with heavy makeup.

Bella recalled an instance from the 2016 'Cannes Film Festival', where she wore a now-iconic Alexandre Vauthier red dress with dangerously high slits. While she noted that the design was 'a very iconic red dress moment', the model revealed that she was extremely nervous in the dress.

Despite the media attention, the model admitted that she was 'embarrassed by this moment' and that she felt the dress did not match her style. Bella recalled the red carpet appearance as 'the start of the Bella persona that everyone sees in me.'

It was in Cannes that Bella's 'alter ego', whom she named Belinda, emerged. According to Bella, she and Belinda are complete opposites, describing how the alter ego is 'very va-va-voom'.

Bella went on to explain why she 'never smiled' on runways or in photos, saying that she was 'in a really bad place, physically and mentally'.

"So I look very sad in this picture, but I was very happy," Bella remembered as she looked at a photo of her closing the Fendi show for the late Karl Lagerfeld.

She added, "I remember looking around at everybody while I was walking. I think I cried after actually. It was the most beautiful moment."