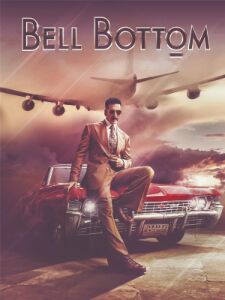 On August 19, 'Bell Bottom' had released in India in the cinema theatres. But according to some media reports, the spy thriller got banned from three Gulf nations - Saudi Arabia, Kuwait and Qatar. The film certification authorities of the countries reportedly cited tampering with historical facts as the reason for the ban.

Akshay Kumar-starrer emerged to be the film that unlocked cinemas in India amid the second wave of the pandemic. Apart from India, the movie was also released in several countries, but Saudi Arabia, Kuwait and Qatar imposed a ban on the film. The film authorities of the respective nations alleged that the content in the film is not fit for exhibition.

"The second half of 'Bell Bottom' shows the hijackers taking the aircraft to Dubai from Lahore. As per the actual incident that took place in 1984, United Arab Emirates Defence Minister, Sheikh Mohammed Bin Rashid Al Maktoum, had personally handled the situation and it was the UAE authorities who had nabbed the hijackers. So there is a strong possibility that the censor board in the Middle Eastern countries must have taken objection to it and hence banned it," revealed a source from a news agency site.

Helmed by Ranjit M Tewari, the plot of the film is inspired by the real-life hijacking events that took place in the 1980s. A skillful undercover agent (Akshay Kumar) who is married, sharp-minded and an exceptional chess player is assigned the mission of rescuing 210 hostages from a hijacked Indian plane. While Vaani Kapoor essays the role of Akshay's wife, Lara Dutta looks unrecognisable as Indira Gandhi.