Basking in the glow of success

Vidya Balan has given back to back hits including Kahaani, Sherni, Tumhari Sulu and the latest one Jalsa 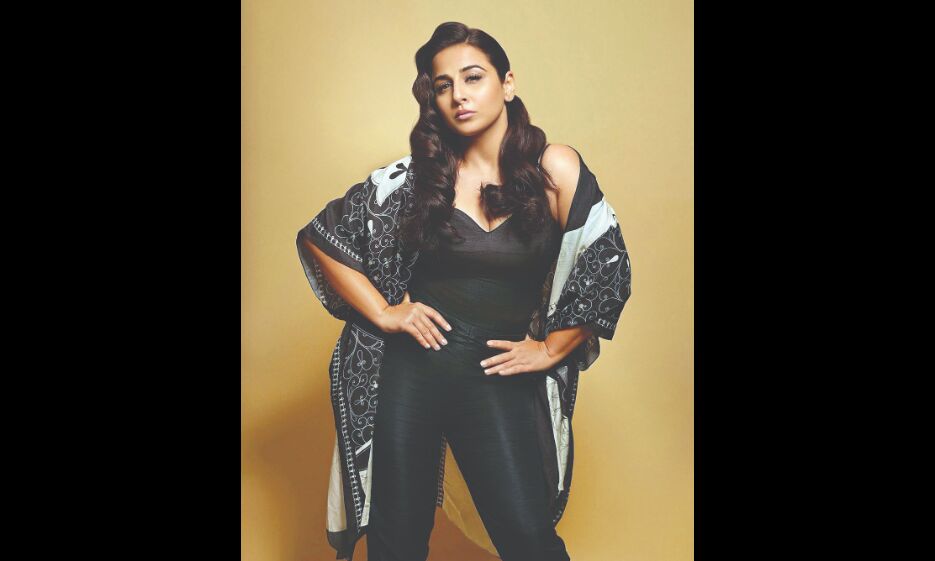 When will you do a movie with Khans?' – That was a question actor Vidya Balan was asked more often than not during her initial days in the Hindi film industry. And to that, she would humbly respond, "I don't get offered any films with them."

Fast-forward 17 years and Vidya is at a point in her career where she does not even need a Khan, Kapoor or Kumar to make the film big. In fact, her name is as effective as any A-list Bollywood hero in bringing the audience to theatres.

With stories like Kahaani, Dirty Picture, Tumhari Sulu, Sherni, and Jalsa, she is breaking the stereotype that a powerful male lead is essential for the film's success. She has run back-to-back successful shows on her shoulders and has become the first choice of filmmakers for every influential women-centric story. And the inquiries about working with Khans have eventually ended.

Though she is happy about the changing face of Indian cinema, Vidya feels there is still a lot of scope for growth. "I don't think we are where we actually want to be, where there is an equal number of male hero and female hero films and where we do not need to specify saying 'oh this a women-centric film'. Besides that, we are in a much better place. I believe it will only get better from here. We just need to constantly learn, grow and evolve. Even if there are no other issues, our cinema needs to keep evolving," she said while speaking to Millennium Post.

Vidya further talked about her last release, a crime-thriller Jalsa, which was released on Amazon Prime Video last month. "The reason why I came on board Jalsa was the coming together of director Suresh Triveni and Vikram Malhotra's Abundantia Entertainment. I think that combination takes any film to another level. I have worked with Vikram Malhotra (producer) before on Shakuntala Devi and Sherni and the commitment he showed during the film's shoot, despite the obstacles we faced during the first phase of the pandemic was commendable. So if this film needed to be made, it had to be made without any compromises and I knew only a producer like Vikram Malhotra can pull it off. He is a man of conviction."

"Coming to Suresh Triveni, the beauty of his writing and direction is that he is capable of observing human behavior in all its complexities and shades; and translating that first onto paper and then to celluloid. So he was the perfect man to understand and direct a film that's based on human emotions, psychology, and reactions."

" And lastly, the most important reason for saying yes to Jalsa was my character in the film," Vidya said, her character not only pushed her out of her comfort zone as an actor but also helped her grow as a human. "Initially, I wasn't comfortable playing this character. I thought Maya Menon (her character) isn't going to win people's empathy very easily. She is very aloof. She is not someone you can connect with very easily. She is a bit intimidating. However, the problem was that I wasn't feeling much empathy towards her the first time I read the script; so how would I convince my audience to empathize with her."

"But after the pandemic, something changed," Vidya recalled, "and I thought who knows how I'd be in that situation. Just because Maya isn't expressive and demonstrative does not mean she cannot be vulnerable or people could not feel for her. Therefore, post-pandemic, I had a change of heart and I am happy it happened. The feeling of changing and growing as a person while playing a character is unmatchable."

Another change that she observed in herself after spending 17 years in this super-competitive, brutal industry is "I have begun to be less bothered about what people would think of me. That also comes with turning 40 (laughs). I can safely say that now I only do what I want to do. I pay heed to my gut instinct more and more and am less bothered about what people might think of me. That's all the more crucial because I am a public figure."

The actor is all the more content with what she has achieved so far. "To be honest, I achieved all I was looking for when I did Parineeta (her debut film). I wanted to be a Hindi film actor and that's all I ever wanted. With Parineeta, my only wish was taken care of. And everything that happened subsequently was a bonus for me. I am living my dream every single day. I am satisfied and not running behind anything," she stated adding, "Having said that, I don't think I ever ran behind anything. Even at the time of Parineeta, I just gave my best shot and waited for things to happen naturally. I never chased it. That is because I strongly believe it is the universe's job to make our dreams come true. All we have to do is put it out there and have complete faith. When we run behind the butterfly, it will run away but if we sit still, it will come, sit on us," she explained with an example.

And finally breaking the silence on working with Khans, Vidya towards the end said, "I am enjoying the work I am getting. I am happy in this phase but I am always greedy for more love. So whatever brings me more love, I want to do that."

The collaboration with Khans, if it ever happens, will definitely be worth watching.