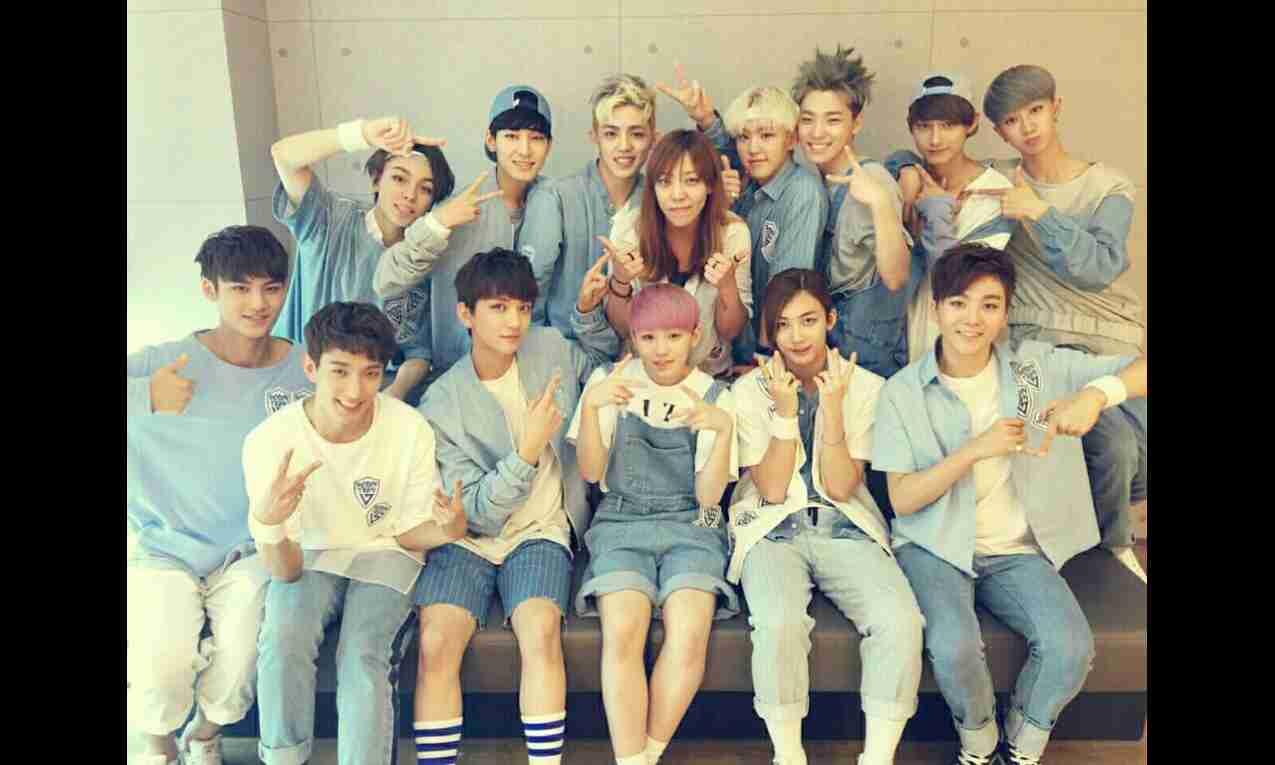 New Delhi: Through their fan event 'Seventeen in Carat Land', K-pop band Seventeen on Sunday entertained viewers across the globe with a series of power-packed performances and fun games.

At the end of the show, S Coups surprised Carat, the name of the band's fan club, by announcing a world tour. This will be their third world tour following 2017's 'Diamond Edge' and 'Ode to You' (2019).

'Seventeen in Carat Land', the K-pop stage-breakers' first official in-person fan event since 2019, was held offline for two days on March 25 and March 26. The show on Sunday (March 27) was held on-ground in Seoul and was also available for online live streaming.

In the over four-hour-long event, Seventeen performed their popular songs like "Shining Diamond", "HomeRun", "Run to You", "Falling Flower (Korean version)" and "Ah! Love", among others.

After the group greeted fans, both who were present at the venue and those watching the event through live streaming, S Coups said many members of Carat are sad about not being here.

Seventeen was formed in 2015 by Pledis Entertainment, an independently operated subsidiary of Hybe Corporation since 2020.

The band consists of three units: hip-hop with S Coups, Wonwoo, Mingyu and Vernon; vocal with Woozi, Jeonghan, Joshua, DK and Seungkwan and performance with Hoshi, Jun, The8, and Dino.

For the uninitiated, the group originally introduced 17 trainees. But they stuck to calling themselves Seventeen as the sum of 13 members, three units and one team.

At the highly anticipated fan event, the group also played the 'Seventeen Scholarship Quiz' to test the band's knowledge about fellow members.

Woozi said Carat is better at this quiz than the members themselves.

"They are better than us. You all have to be prepared and get it right. We have more games later on and that will allow you to win the Chance Ticket," he said to fellow teammates.

Seventeen also participated in various quizzes, including guessing the name of the song by its consonants. After repeated failed tries, members got some of the answers correct and performed the hook steps of tracks like "ELEVEN" by IVE and "MAFIA in the Morning" by ITZY.

Seungkwan complimented Dino on his performance, saying "I really liked your dance", which left the latter feeling flustered.

After they performed the song "Smile Flower", S Coups said Seventeen often wondered whether they would be able to perform in front of Carat after the pandemic struck the world.

"We thank all staff members who helped actualise this show," the group leader added.

"Hope you enjoyed the show. Thank you," Vernon said before they brought the curtains down to the event with the songs "Beautiful" and "Very Nice".