'Balancing emotion, humour without crossing the line is difficult' 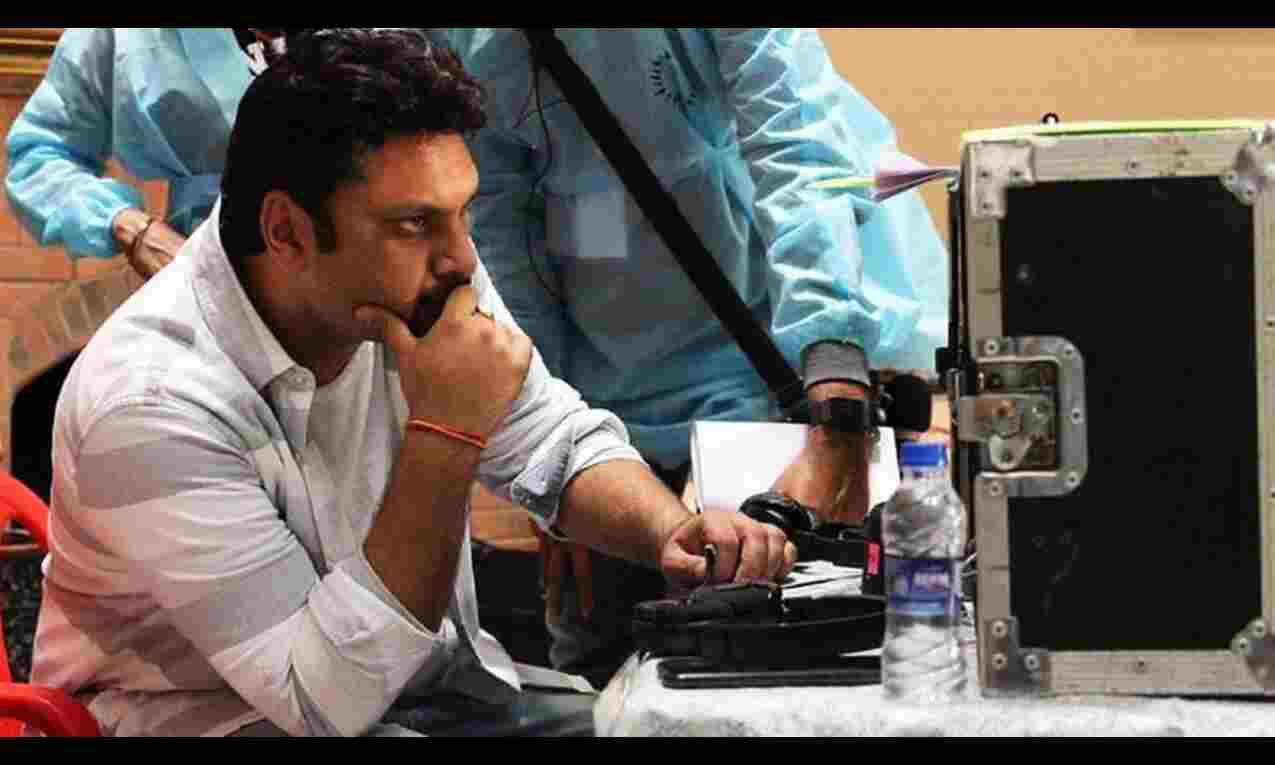 Mumbai: Addressing topics like infidelity and divorce in a family comedy can be a tall order, believes director Raj Mehta, who says the makers of his latest release "Jugjugg Jeeyo" were "conscious" about not offending anyone's sentiments.

A progressive take on modern-day relationships, the film stars Anil Kapoor, Neetu Kapoor, Varun Dhawan and Kiara Advani. It is based on a story by Anurag Singh and a screenplay by Singh, Sumit Batheja and Rishhabh Sharma.

The filmmaker said movies will always be subjected to nit-picking, but one should strive to not cross the line.

"It is a family film so there are things that (you are careful about) and even generally we were consciously trying not to offend anyone or go below the belt. We have enough sensibility to understand the difference between right and wrong. Everyone has their own opinion and they dissect, but as makers, we are always careful. Trying to balance emotion and humour is creatively very difficult. You have to make sure you are not crossing the line," Mehta told PTI in an interview.

Produced by Dharma Productions, "Jugjugg Jeeyo" has raised over Rs 68 crore at the domestic box office since its release on June 24.

The director, who made his debut with 2019's "Good Newwz", said it was "gratifying" to see the audience give so much love to his latest movie.

"We did a few theatre visits, sat with the audience to watch the film and they were all laughing at the right places. It is gratifying to see the reaction. The box office figures are important. However, as a director, what is more gratifying is the kind of messages that we have been receiving," he added.

What ties "Good Newzz" and "Jugjugg Jeeyo" is the use of humour as a device to discuss taboo topics. Starring Akshay Kumar, Kareena Kapoor Khan, Diljit Dosanjh and Advani, "Good Newzz" revolved around two couples opting for in vitro fertilisation.

His sole purpose was to make an entertaining film, even as it dealt with sensitive matters, said Mehta.

"We were trying to make an entertaining film. Tell the story of this family and bring in all the ingredients to make it an entertaining package. We are not trying to make a statement or analysis. If the audience derives something, it is good. I am not trying to develop a style here. I feel the two films that I made had slightly similar overlapping narratives so that's why it seems like that. But hopefully, my next film 'Selfiee' is different," the director said.

The stellar performance by the ensemble cast, which also includes Maniesh Paul and Prajakta Koli, is one of the contributing factors to the success of "Jugjugg Jeeyo".

"We have tried to do justice to all the characters because it is an ensemble. Anil sir's character of Bheem itself was such that it stands out... It was in a way close to Anil sir in real life," he said.

Asked if he had any plans to make a standalone film on Bheem, Mehta said a spin-off is a possibility.

"The character is interesting enough to have a film of its own and so a sequel and a standalone spin-off on Bheem is possible. (But) I will have to think about it."

Work is underway on Mehta's next film Selfiee, starring Kumar and Emraan Hashmi. The movie is a remake of the 2019 Malayalam-language Driving Licence, starring Prithviraj Sukumaran and Suraj Venjaramoodu.