'Badhaai Do's humour not at the expense of LGBTQI community' 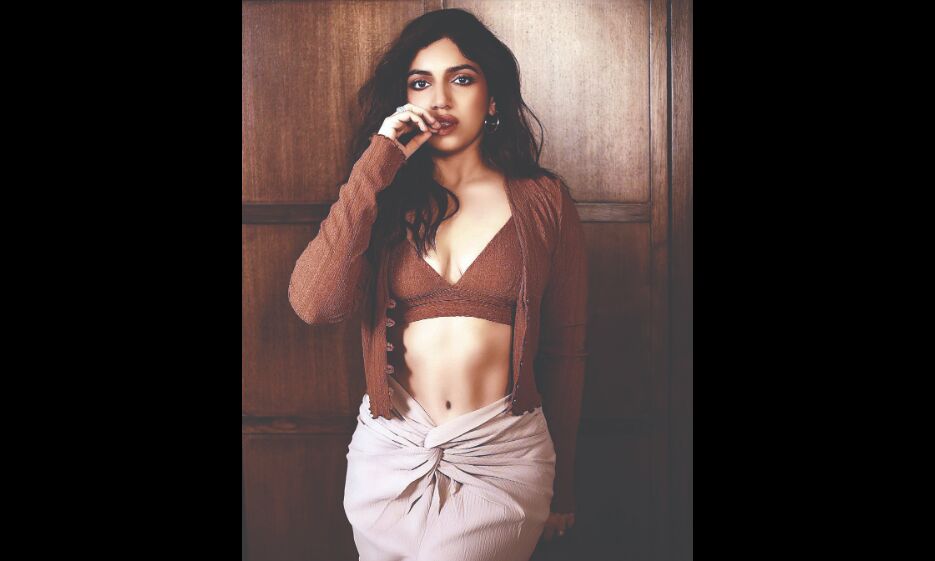 Bhumi Pednekar said her upcoming comedy-drama 'Badhaai Do' talks about 'love and acceptance' through a sensitive lens, never using its humour against the LGBTQI community to mine cheap laughs.

The film features Pednekar as a lesbian physical education teacher Sumi, who gets into a marriage of convenience with actor Rajkummar Rao's Shardul Thakur, who the makers teased will be a gay policeman.

The film is billed as a spiritual sequel to the National Award-winning 2018 hit 'Badhaai Ho!'.

In an interview with a leading news agency, Pednekar said she agreed to do the film halfway through its narration as she saw the potential of the project to speak to a large audience.

"What jumped out for me was that it is a big franchise which stands for speaking about things that usually make people uncomfortable, but something that we need to accept and normalise," she shared.

She added, "There is a lot of humour in the film, even in the narration I could not stop laughing. But the humour is not degrading, not there to titillate. It is not at the expense of the community."

Bhumi, whose credits include socially relevant films like 'Shubh Mangal Saavdhan', 'Bala' and 'Dolly Kitty Aur Woh Chamakte Sitare', said 'Badhaai Do' came to her without any dos and do nots.

Pednekar said the team of the film - director Harshvardhan Kulkarni, writers Suman Adhikary and Akshat Ghildia - were aware of telling an important story with maturity.

"There was a lot of sensitivity about the LGBTQI community, which is something I respected. That came from the writing and the direction. There was not a

lot for me to be alert about, which tells you about the maturity and the thinking that

has gone behind the writing," she added.

Pednekar added, "When I heard the narration, it was done so well, there was no reason for me to say, 'We should not create a joke about the community'. You must show society the way it is because that is the only way we would be able to achieve the change we hope we do, but there is no digging. It is a very sensitive film."