'Babli Bouncer' to release on Disney+ Hotstar in September 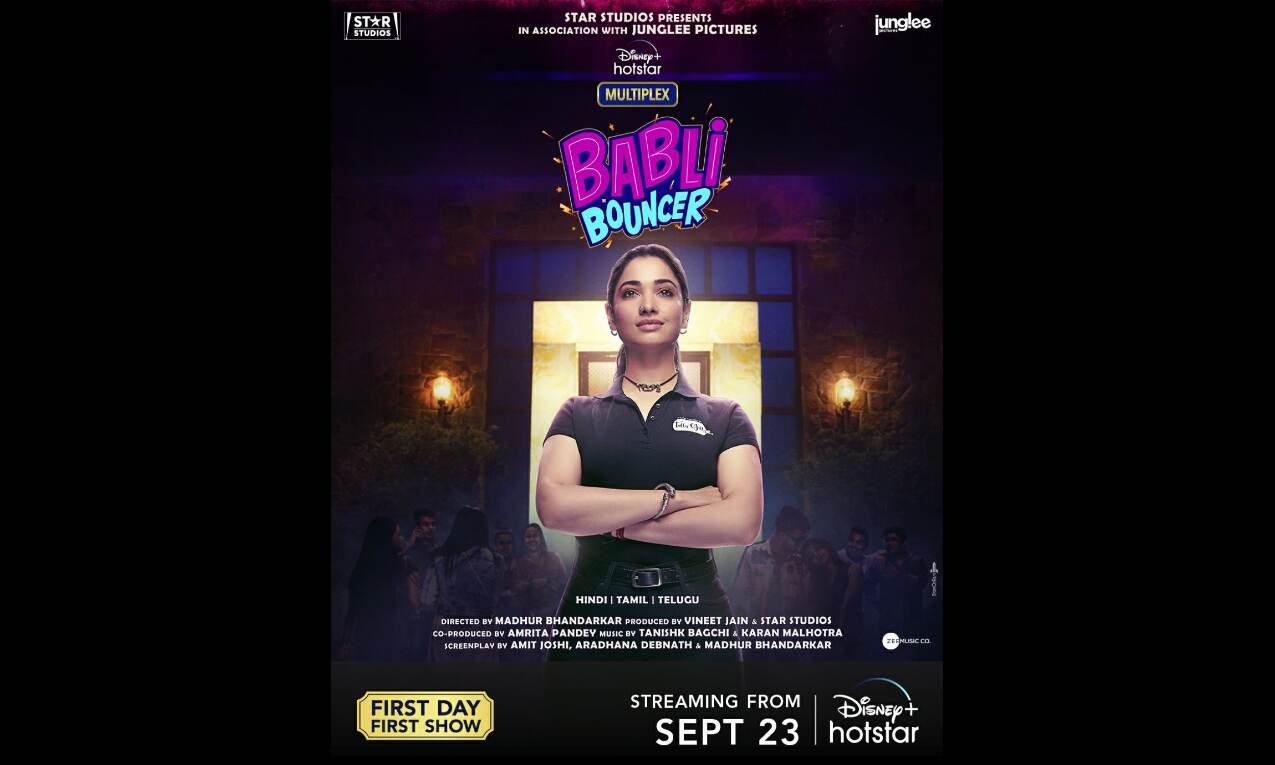 The Star Studios and Junglee Pictures' project is billed as a coming-of-age feel-good story with a "slice-of-life comedic tone".

"Set in the real 'bouncer town' of North India Asola Fatepur, the film will see Tamannaah Bhatia in a never seen before avatar, as Babli Bouncer," a note by the makers read.

The official Twitter page of Disney+ Hotstar posted the film's first look along with its release date.

"Here's the first look of #BabliBouncer, starring the phenomenal @tamannaahspeaks Streaming from Sept 23 only on #DisneyPlusHotstarMultiplex."

"Babli Bouncer" will release in Hindi, Tamil and Telugu.