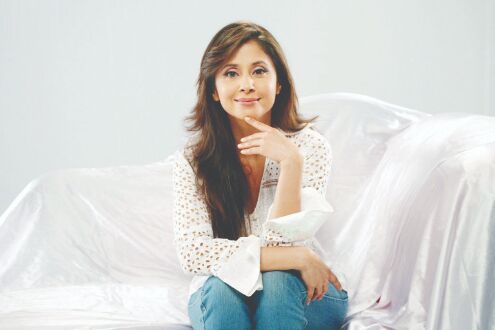 Thousands of farmers, mainly from Punjab, Haryana and UP, who have protesting for over a year, were demanding a rollback of the Farmers Produce Trade and Commerce (Promotion and Facilitation) Act, 2020, the Farmers (Empowerment and Protection) Agreement on Price Assurance and Farm Services Act, 2020 and the Essential Commodities (Amendment) Act, 2020.

Enacted in September 2020, the three farm laws have been projected by the central government as major reforms in the agriculture sector that will remove the middlemen and allow farmers to sell anywhere in the country.

Modi, on Guru Nanak Jayanti, said the three farm laws will be repealed in the coming Winter session of the Parliament.

Addressing the nation, he said, "Today I want to tell everyone that we have decided to repeal all three farm laws."

Soon after the announcement, various film celebrities took to social media to express their happiness over the government's decision and praised farmers for their perseverance.

Sonu tweeted, "This is wonderful news! Thank you, Narendra Modi Ji, for taking back the farm laws. Thank you, farmers, for raising just demands through peaceful protests. Hope you will happily return to be with your families on the Parkash Purab of Sri Guru Nanak Dev Ji today."

"Victory requires passion, who needs blood that boils, this sky will

also come on the ground, only intentions are needed that echo of victory.

Chadha, 34, posted a photo of her wearing a T-shirt that has a farmer on it and said it will be her outfit of the day.

Gul Panag said it was a lesson for future governments to engage with all the stakeholders when bringing about reform.

"I wish we did not have to let the impasse last this long because so many lives got lost by demonising, debasing and delegitimising the farm protest and the protestors," she wrote.

She added, "Let this be a lesson for future governments to find the means and the will, to engage with all stakeholders when bringing about reform. And also, a lesson for lawmakers, that legislative procedure cannot be circumvented by passing laws in minutes, without discussion and debate."

She also expressed her anguish over how farmers were called hooligans, anti-nationals and terrorists by saying this will not be forgotten and forgiven.

The protesting farmers had expressed apprehension that the new laws would pave the way for eliminating the safety cushion of 'Minimum Support Price' (MSP) and do away with the mandi system, leaving them at the mercy of big corporates.

In the past, many celebrities such as Pannu, Chadha, Priyanka Chopra Jonas, Sonam Kapoor Ahuja, Preity Zinta, Swara Bhasker, Diljit Dosanjh and others had extended their support to the protesting farmers, via social media.