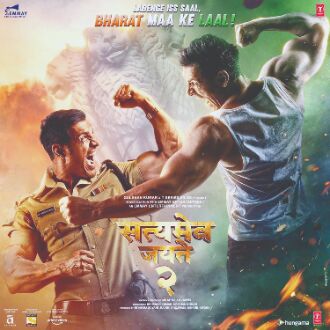 Film producers, distributors and cinema hall owners welcomed the Maharashtra government's announcement that cinema halls and multiplexes in the state will open from October 22.

Maharashtra Chief Minister Uddhav Thackeray said cinema halls and drama theatres in the state will be permitted to operate from October 22, on the condition that they follow all the protocols required to prevent the spread of Coronavirus.

Soon after the announcement was made, filmmaker Rohit Shetty said that his much-awaited movie 'Sooryavanshi', starring Akshay Kumar, will finally make its debut in theatres on Diwali.

"Thanks to our Chief Minister Uddhav Thackeray, theatres in Maharashtra will reopen from October 22. And finally, we can say: this Diwali aa rahi hai police," Shetty wrote on social media.

Actors Varun Dhawan, Arjun Kapoor, Bhumi Pednekar and Ranvir Shorey were among the actors who expressed their excitement about the reopening of theatres in Maharashtra.

In the past several months, many backdoor meetings were held with filmmakers and cinema owners urging the Maharashtra government to consider reopening theatres.

Some of the other major Hindi films that are awaiting release include Ranveer Singh's '83', Yash Raj Films' slate of movies like 'Jayeshbhai Jordaar', 'Shamshera' and 'Prithiviraj'. Also in the pipeline are movies such as Salman Khan's 'Antim', Aamir Khan's 'Laal Singh Chaddha', John Abraham's 'Satyameva Jayate 2' and Akshay Kumar's 'Atrangi Re'.

Leading film producer Bhushan Kumar of 'T-Series' banner said, "We all are very excited about this news. Many producers like us and 'Yash Raj Films' are waiting for theatres to reopen as we did hold on to our big movies. We are chalking out plans for films and will make announcements soon."