Home > Entertainment > As long as I do comedy, will write love letters to India
Entertainment

As long as I do comedy, will write love letters to India 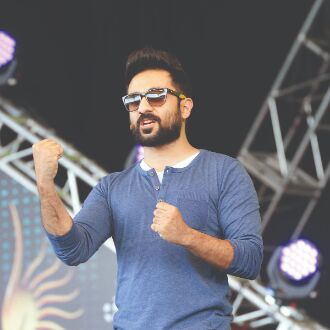 Days after facing severe backlash for his viral 'I Come from Two Indias' video, Vir Das opened up on the controversy he landed in. Speaking to a leading news agency, the comedian was asked about his initial reaction to the video that caused a furore on 'Twitter' and among political circles.

In the video, Vir Das compares the two distinctive sides of India while referring to controversial issues such as the farmer protests to pollution.

When asked if he would do the set differently or change anything about it, the comedian said, "I think laughter is a celebration and when laughter and applause fill up a room, that is a moment of pride. I think that any Indian who has a sense of humour, understands satire or watches my entire video, knows that that is what happened in that room."

Das added that people's reactions to his joke are not in his hands.

The viral video ended up with FIRs being registered against the comedian as well as being banned to perform in states like Madhya Pradesh.

However, Vir, who has been picked for an International Emmy nomination, remains unfazed.

"I have made my country laugh for 10 years now. I have devoted my life to writing about my country. We are here at the 'Emmys' because I wrote a love letter to my country. As long as I can do my comedy, I want to keep writing love letters to my country," he said.

When asked if this episode has changed him and whether he will tread cautiously, the comedian said, "I just do not know. Write jokes and hope to hell that people watch all of them, the full thing in its actual context."