Home > Entertainment > 'As a filmmaker, I'm ambitious to learn as many things as possible'
Entertainment

'As a filmmaker, I'm ambitious to learn as many things as possible' 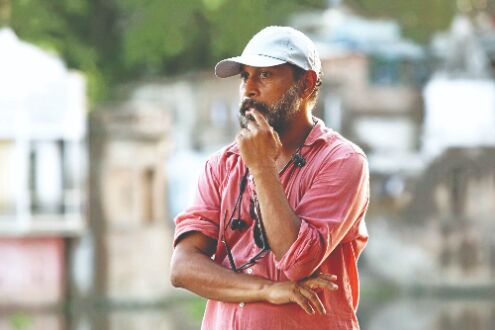 For Shoojit Sircar, the process of making awe-inspiring movies is nothing short of a challenge. Known for giving hits like 'Pink', 'Paan Singh Tomar' among many others, the filmmaker ensures that his audience feels exactly what his characters go through in the movies.

In a conversation with 'Millennium Post', Sircar talked about the filmmaking process, making of 'Sardar Udham' and more.

"I believe that as an individual, we must evolve every day by taking on new challenges and learning things we have not come across yet. The same applies to filmmakers like me. Every new project provides a fresh perspective about the film's plot, its characters and the situations to be shown in that film, for which we need to be prepared mentally. This can happen only when we open ourselves to the idea of transformation," he said while emphasising the need to evolve as a filmmaker.

He added, "As a filmmaker, I'm ambitious to learn as many things as possible related to the film. I did exactly the same while shooting 'Sardar Udham'."

"Jallianwala Bagh massacre is the fulcrum of our Indian Independence as legendary revolutions germinated from this tragic incident. We wanted to shoot the sequence exactly as it had happened in the past. Even though we got calls for shooting this sequence, we had no clue what and how to shoot the massacre scene," he recalled.

The 'Piku' director continued, "We finally planned to show 20-year-old Udham Singh and chose a location like that of the real massacre field. To recreate the bloodbath, we showed fake limbs everywhere and it looked so realistic that we could not eat, drink or sleep properly at all!"

When asked why he focused less on Udham Singh and Reshma's relationship in the film, Sircar replied, "Reshma was not important for Udham Singh at a time when his only aim was to save humanity from the British imperialism's insanity. After the massacre, he surrendered himself to help India attain freedom from the Britishers. From the very beginning, Banita Sandhu's character was intended to be shown for a short moment in Udham's memory, which later fades away with his growing passion for India's freedom."

On his film not being sent to Oscars after a jury member pointed out how it shows 'hatred for the British', the director stated that 'commenting about it would be inappropriate for the jury' and that he respects the jury's decision.

Shoojit Sircar feels no regret about making a film on Udham Singh, instead, he is proud.

"'Sardar Udham' is a film that speaks about equality and diversity. Udham Singh and Bhagat Singh never supported hatred as they only wanted India to become a free country. This film showed revolutionaries who tried to invoke feelings of equality, unity, diversity, patriotism and friendship. As a filmmaker, I believe it is very important to make such films for the youth, for them to watch and understand how worst of situations were dealt by our freedom fighters," he said.

He added, "Films like 'Sardar Udham' need to be made and shown more for uniting us because this very unity of the Indians had rattled the Britishers and forced them to commit the heinous crime of Jallianwala Bagh massacre."

"This film does not support any kind of hatred. It is clear to all that Udham Singh, as an individual, was not a killing machine," concluded Shoojit.