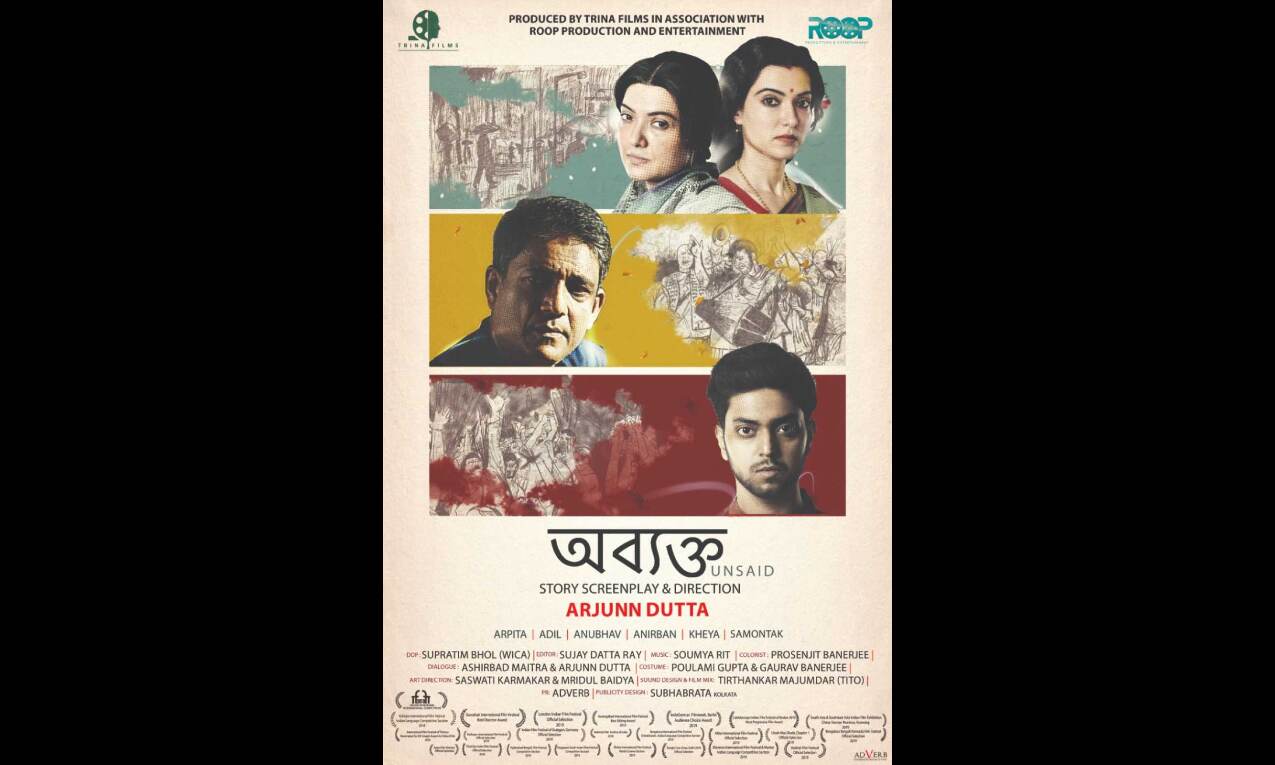 Starring Arpita Chatterjee and Adil Hussain, "Abyakto" presents a touching tale of a mother and son, their strained relationship and how an unexpected turn of events changes things forever.

Dutta said "Abyakto" is a film that raises pertinent issues that are never spoken about in the society.

"Our entire team has made an honest film with a lot of passion and I am sure it is going to touch hearts. I am grateful to Eros Now for giving us a perfect platform to showcase our film," the filmmaker said in a statement.