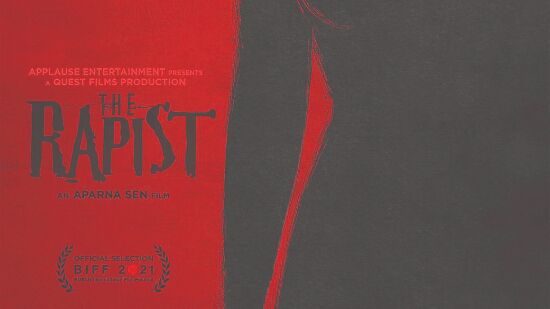 The film, starring Konkona Sen Sharma, Arjun Rampal and Tanmay Dhanania, recently had its world premiere at the festival as part of the 'A Window on Asian Cinema' section.

For the award, established in respectful memory of the late program director Kim Jiseok in 2017, 'The Rapist' was pitted against six other feature films, including Nawazuddin Siddiqui-starrer 'No Land's Man'.

Aparna Sen said, "This award has a special significance for me because I was in Busan as a jury member many years ago and I had the honour of meeting Kim Jiseok in person. I was aware of his tireless, lifelong effort to promote Asian cinema throughout the world."

She added, "I take this opportunity to thank my producers, 'Applause Entertainment' and 'Quest Films' who put their might behind me and supported me all the way. And of course, my very talented cast and crew who helped me make my vision a reality."

'The Rapist' chronicles the journey of three protagonists and how their lives get entwined because of one horrific incident.

The film aims to look beyond the obvious crime, to 'explore not only how it affects the survivors and perpetrators of the crime, but also delves into how one's idealistic views are drastically altered when the truth hits uncomfortably close to home'.

Sameer Nair, CEO of 'Applause Entertainment' said, "We are jubilant to learn that our first feature film, directed by the incredible Aparna Sen, has received this distinguished honour."

Suchhanda Chatterjee and Shubha Shetty of 'Quest Films' said they are honoured to be a part of the film's team.

"With the kind of story it has and knowing the passion with which Aparna Sen works, this will be a film that will be remembered for a long time," they said.