Anurag Basu unsure of turning 'Jagga Jasoos' into a series 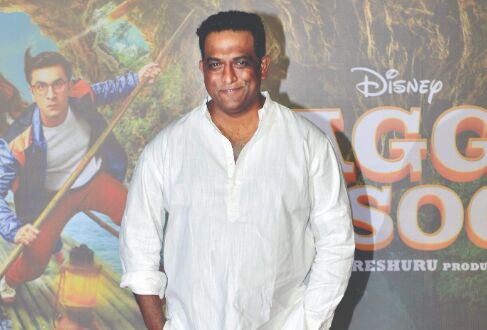 Ranbir Kapoor and Katrina Kaif starrer 'Jagga Jasoos', which hit the screens in 2017, had tanked at the box office. After delivering a hit like 'Barfi!', Ranbir and director Anurag Basu failed to impress the audience with this musical adventure.

Speaking to a news portal, the filmmaker revealed that in the past two years he has received several offers from big OTT platforms to convert 'Jagga Jasoos' into a series, but he is unsure about it.

The filmmaker wondered that if the movie did not work in theatres, then how it would work on digital platforms. He also revealed that musician Pritam is excited about the idea, but the idea of starting 'Jagga Jasoos' all over again is giving Anurag Basu the chills.

'Jagga Jasoos' marked Ranbir Kapoor and Katrina Kaif's last film together. The duo had ended their relationship while shooting the movie, which reportedly resulted in the film's delay. The movie was largely shot in Cape Town, South Africa.

Ranbir Kapoor is currently in Delhi shooting for Luv Ranjan's next untitled venture with Shraddha Kapoor. Apart from this he also has sci-fi drama 'Brahmastra', co-starring his real-life lady love, Alia Bhatt.

Directed by Ayan Mukerji, 'Brahmastra' also stars Amitabh Bachchan, Mouni Roy, Dimple Kapadia and Nagarjuna in pivotal roles. The film will see Shah Rukh Khan in a cameo avatar. Ranbir also has action 'Shamshera' and 'Animal' in the list of his upcoming movies.