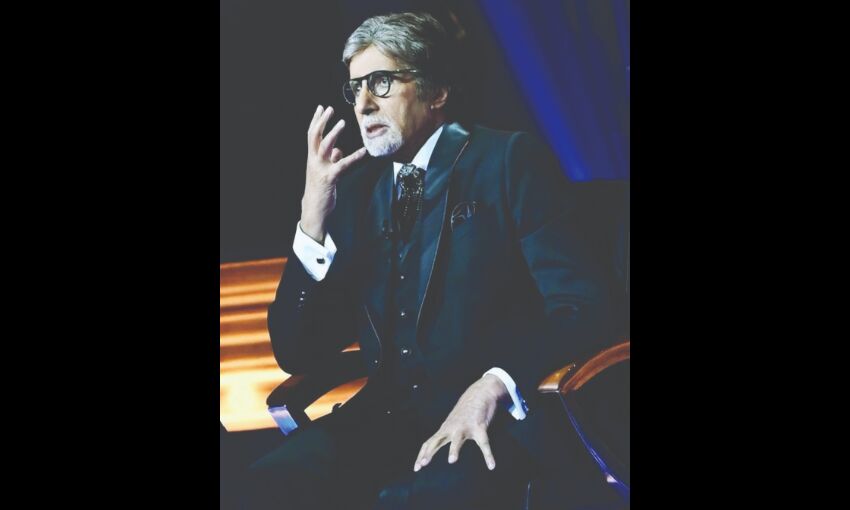 It looks like megastar Amitabh Bachchan had a fulfilling time working with Prabhas on the sets of 'Project K'.

Bachchan, who commenced the shoot of the upcoming Telugu film last week, returned to Mumbai late on February 20. On his way back, Bachchan wrote about the experience of returning to a movie set and teaming up with the 'Baahubali' star.

Amitabh Bachchan took to his blog and shared about his time on the 'Project K' set.

Though he refrained from revealing details about the project, he said, "It is the return home after the return of the work that has harboured on the inevitable from earlier action and despite all the physical handicaps that prevent through excruciating pain, it has been a rewarding experience."

He further wrote on 'Tumblr', "It is 'Project K' and for the moment that is all that can be said of it. But yes, emotional in the throes of war and hostility and the atmosphere of affection has been so overpowering that those who suffered may now be able to raise their voice and lung power to its maximum in the seeking of possession in the time marked reality."

" 'Bahubali' Prabhas, your generosity is beyond measure. You bring me home-cooked food, beyond delicious. You send me quantity beyond measure and could have fed an Army. The special cookies were beyond scrumptious and your compliments beyond digestible."

On February 25, both Bachchan and Prabhas expressed the excitement of collaborating for the first time. While Prabhas called it a 'dream come true', Big B tweeted, "Such an honour to be in the company of his aura."