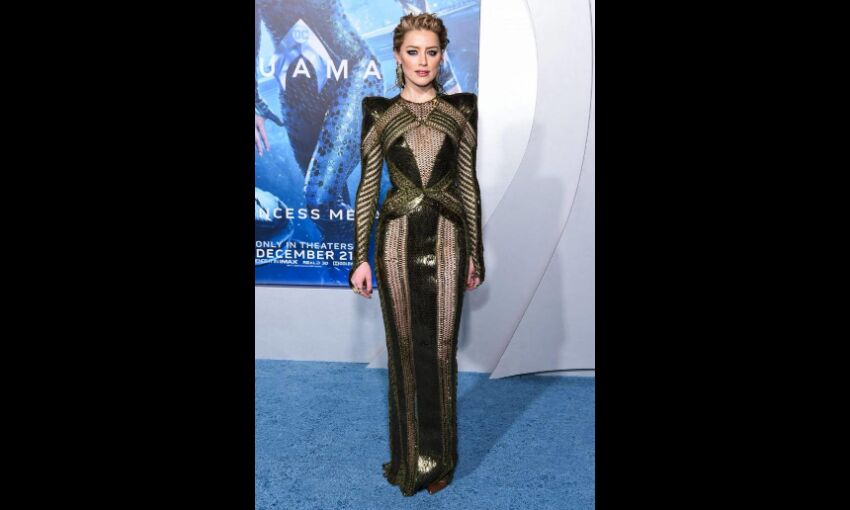 The defamation trial between Johnny Depp and Amber Heard recently concluded its first week and there have been a lot of shocking revelations already. Testimonies from the couple's therapist and also Depp's sister have been heard. Another major happening at the trial as per reports is also that Heard's friend has been banned from the courtroom.

As reported by 'Page Six', Amber's close friend, British music journalist Eve Barlow, was thrown out of the Johnny Depp trial. The court's decision to ban Barlow came after she was reportedly caught texting and tweeting from the front row of the courtroom by the judge. 'Page Six' further reported that Eve also tried to intervene in the trial over Depp-friendly witness Gina Deuters.

A source informed 'Page Six' about how Barlow's ban came about and said, "Eve Barlow seems to think she is part of Amber's legal team. Depp's lawyers finally had enough and had her barred from the courtroom."

The report also stated that the court transcript mentioned the judge mentioning Barlow tweeting and texting from the courtroom adding that it is against the court order and hence she would not be allowed to enter the courtroom henceforth for the rest of the trial.

The ongoing trial began with Depp suing Heard over a 2018 op-ed she wrote for 'The Washington Post' about surviving domestic violence. The actor claims that claims Heard fabricated abuse allegations in an attempt to gain a huge divorce settlement, which has damaged his career. Heard, on the other hand, has maintained that she told the truth and has countersued Depp for 100 million dollars.