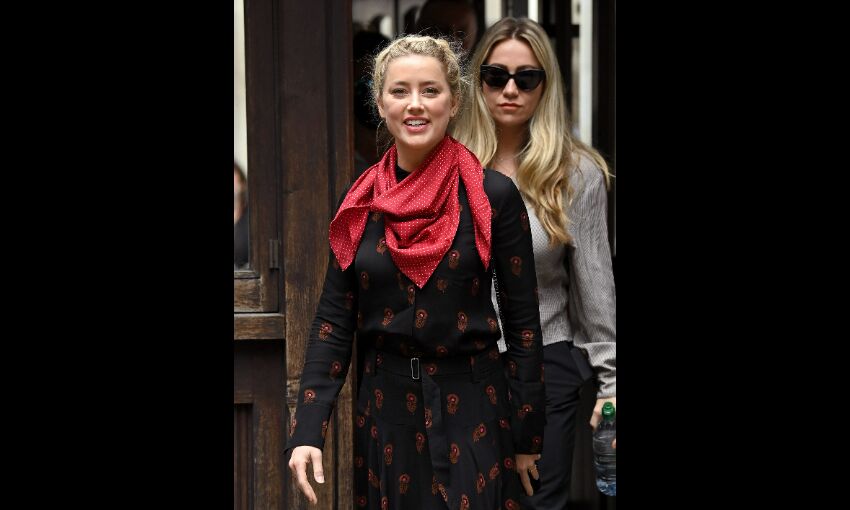 Amber Heard was 'demonised' by ex-husband Johnny Depp's legal team and excoriated on social media during a sensational defamation trial that ended with a jury ordering her to pay Depp 15 million dollars, Heard's lawyer said on June 2.

Elaine Bredehoft, one of Heard's lead attorneys during the trial, said she believes the jury was influenced by a relentless barrage of social media posts condemning her and supporting Depp. She said Heard plans to appeal.

"These people were giving her death threats. They threatened to microwave her baby. This is the kind of social media she was getting," Bredehoft said on 'CBS Mornings'.

"It was like a Roman coliseum is the best way to describe the atmosphere here. And I have to believe that the jury, even though they are told not to go and look at anything, you know, they have weekends, they have families, they have social media," she said.

Bredehoft also said some evidence that was allowed in a similar defamation lawsuit that Depp lost in the UK was suppressed in the lawsuit he filed in Virginia. In the UK case, the judge found that Depp assaulted Heard on a dozen occasions.

"We were not allowed to tell the jury this," Bredehoft said on NBC's 'Today show'. "So, what did Depp's team learn from this? Demonise Amber. And suppress the evidence."

The verdict handed down on June 1 in Fairfax County Circuit Court found that Depp had been defamed by three statements in 2018 op-ed written by Heard in which she said she was an abuse victim. The jury awarded him 10 million dollars in compensatory damages and five million dollars in punitive damages, but the judge reduced the punitive damages award to 350,000 dollars under a state cap.

Depp attorney Camille Vasquez said on June 1 that the verdict 'confirms what we have said from the beginning, that the claims against Johnny Depp are defamatory and unsupported by any evidence.'

When asked on 'Today' whether Heard has the money to pay the 10.35 million dollars, Bredehoft said, "Oh, no, absolutely not."

The jury also awarded Heard two million dollars in her countersuit, concluding that she was defamed by a lawyer for Depp who accused her of creating a detailed hoax surrounding the abuse allegations.