Alia Bhatt reveals character teaser from 'Brahmastra' on her birthday 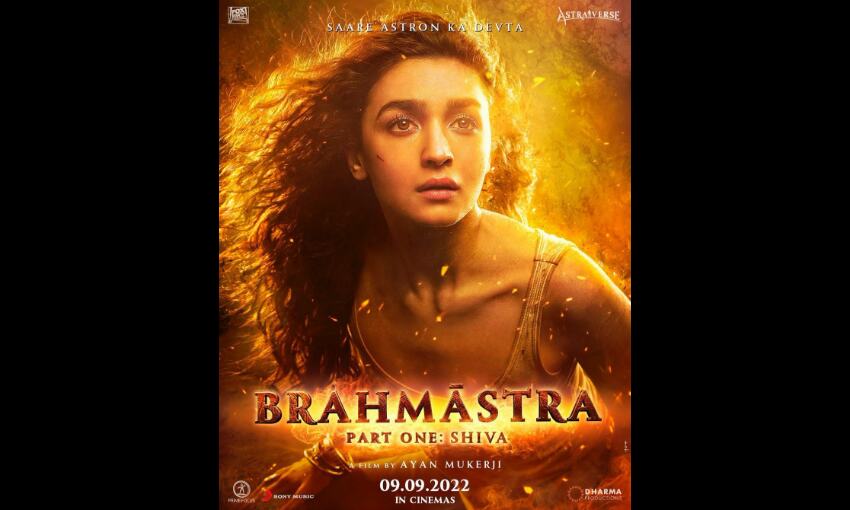 On March 15, Alia Bhatt shared the first look teaser of her character from the much-awaited big-budget fantasy adventure 'Brahmastra' as a birthday gift to her fans.

Bhatt, who turned 29, took to 'Instagram' and posted a 30-second video of her character, Isha.

Written and directed by Ayan Mukerji, the film stars Ranbir as Shiva, a man with supernatural powers.

"Happy birthday to me. Cannot think of a better day and a better way, for you will meet Isha. Ayan my wonder boy. I love you. Thank you!" she posted.

The long-in-the-works movie is envisioned as a trilogy and is billed as one of the biggest films to come out of the country.

Filmmaker Karan Johar, who has backed the film, shared a poster of Bhatt from 'Brahmastra'.

Johar had launched the actor in movies with his 2012 hit 'Student of the Year'.

"My darling Alia, there is so much love that I feel for you while I write this but also so much respect - respect for your immense talent, your incredible growth as an artist and your ability to be so real through all the beats of your life!" he wrote in the post.

He added, "10 years ago, I did not know that one day I could proudly call you my very own Brahmastra. My weapon of love and abundant joy, happy birthday my darling. Shine bright always. Thank you for being you and for being the wind beneath the wings of this labour of love. I love you always and forever."

The film was announced in 2014 with a scheduled release in 2016 but got delayed. It eventually went into production in 2018.

After several release date changes, 'Brahmastra' is finally set to be released on September 9, 2022.