Alec's response to the working conditions on the set of 'Rust' 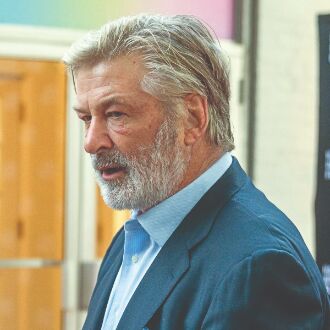 After the tragic death of cinematographer Halyna Hutchins following a set accident involving a prop gun, several reports have claimed that the working conditions on the set of 'Rust' had been 'unsafe'. Responding to the same, costume designer Terese Magpale Davis called all the reports false and Alec Baldwin reposted the same on his 'Instagram' handle.

Sharing screengrabs of Davis' statement, Baldwin captioned the first of his series of posts saying, "Read this."

In the screengrabs, Davis wrote, "I'm so sick of this narrative. I worked on this movie. The story being spun of us being overworked and surrounded by unsafe, chaotic conditions is false."

Talking about the working hours on the production, Davis said, "The day Halyna died, we had come off of a 12-hour turnaround."

She also discussed the rest of the period mentioning that the weekend before, the production had a 56-hour rest period and said 'no one was too tired to do their jobs'.

The statement also touched upon reports of the camera crew not having safe and adequate lodging to which the costume designer stated, "The camera crew had hotels. They just did not feel they were fancy enough. Not that they were unsafe."

On October 21, it was reported that Baldwin accidentally fired the prop gun that resulted in Hutchins' death.