Alankrita robbed at knifepoint at her rented house 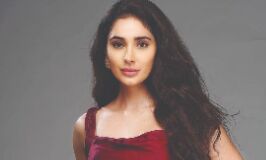 Three masked persons allegedly robbed model turned actor Alankrita Sahai in her rented accommodation. She mentioned in her complaint that she was held hostage and at knifepoint, the robbers took around Rs 6 lakh. The incident took place on September 7 in her Chandigarh home. She said that they forcibly entered the home situated on the second floor of a three-storey building around 12:30 pm.

Police have registered a complaint and started the investigation into the matter.

As mentioned in a leading news site, Sahai had purchased furniture items a few days back and they were delivered to her home recently. She suspected that one of the robbers had visited her home at the time of delivery of furniture.

The actor also told police that one of the three robbers took her ATM card and returned it after withdrawing Rs 50,000. In the meantime, two others kept a watch on her.

Alankrita had shouted for help but they managed to escape by jumping from the balcony. Suspects were caught on the CCTV cameras installed in the locality.