Akshay's 'Bellbottom' to release in 3D 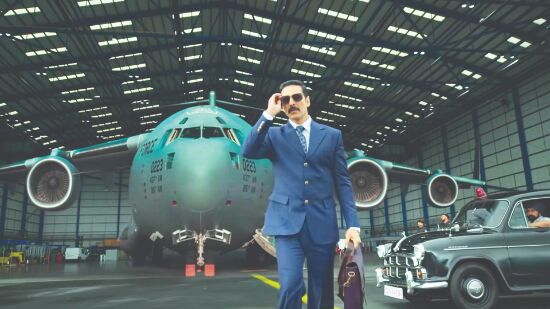 Mumbai: Superstar Akshay Kumar on Monday announced that his upcoming film "Bellbottom" will release theatrically in 2D and 3D formats on August 19.

Kumar took to Twitter and shared an announcement video with his fans.

The film, written by Aseem Arrora and Parveez Shaikh, is set in the 1980s and revolves around one of India's forgotten heroes.

"Bellbottom" was originally scheduled to release in April this year, but was postponed to July 27 due to the second wave of the coronavirus pandemic in India. It will be the first major Hindi film to have a theatrical release amid the pandemic.