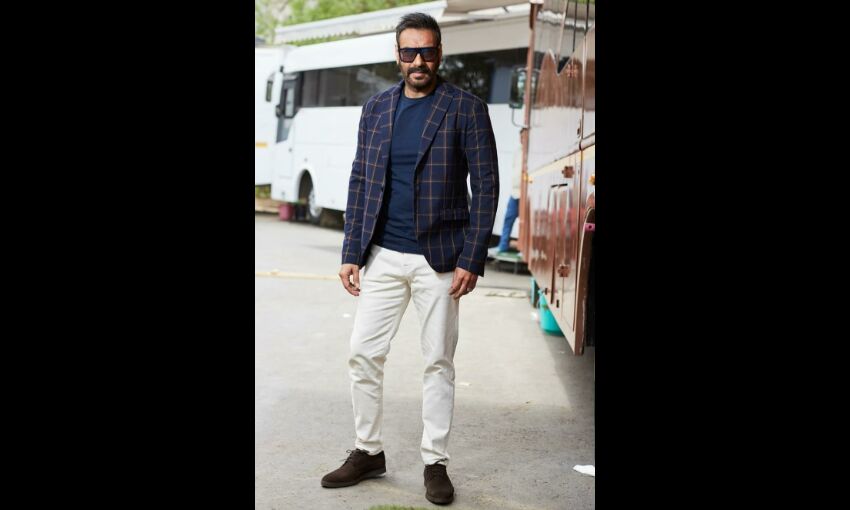 Ajay Devgn's 'Runway 34' has been one of the most anticipated films recently. Directed by Devgn, the film stars him alongside Amitabh Bachchan, Rakul Preet Singh, Boman Irani, Aakanksha Singh and Angira Dhar.

Fans have been excited to watch this thriller based on true events ever since the teaser came out.

On March 22, the trailer of the movie dropped and it has created quite the buzz among viewers. At the trailer launch, Ajay revealed that he would not have made the movie if Big B had said no.

Articulating the same, Ajay said at the event, "I do not think I could have made this film if Amit Ji had said a 'no' for this role. I do not think anyone else could have done justice to the role played by Amit Ji. Amit Ji inspires you to direct him. You get inspired to present him in the best possible

The superstar actor-director also talked about the world of 'Runway 34'.

He said, "The main story of 'Runway 34' is about the conflict between me and Amit Ji. It is a thriller. You would not know till the end what happened and why it happened. Amit Ji has his point of view, I have mine. That has come out very beautifully."

Young actor Rakul Preet Singh, who essays the role of Ajay's co-pilot in the movie, shared her thoughts on her experience of being directed by the actor.