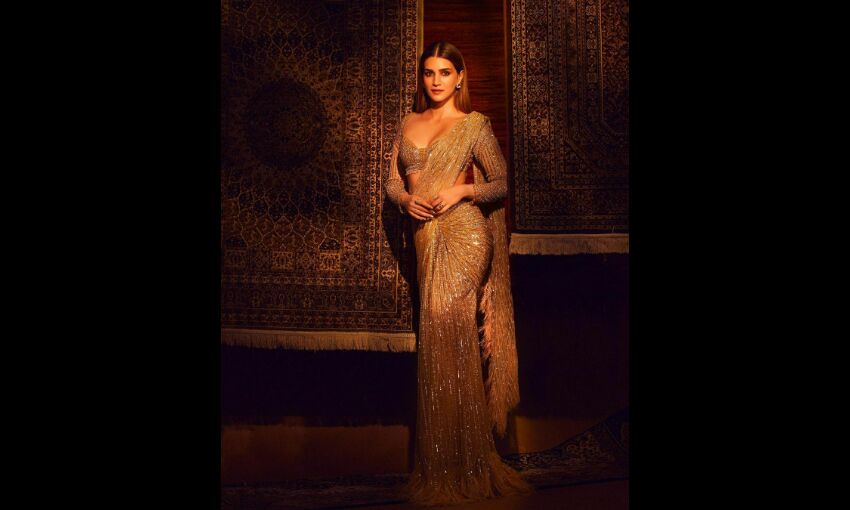 After a breakthrough performance in and as 'Mimi', Kriti Sanon cemented her position in the top league of female stars – her upcoming line-up of films shows immense promise of continuing her lucky streak as Bhediya, Shehzada, Ganapath and Adipurush are some of the most anticipated films in recent times.

While Mimi truly exhibited Kriti's immense potential and range as an artist, the star is all set to take it to the next level with her upcoming films including the Prabhas starrer Adipurush. Kriti believes that the Om Raut directorial will be a major step in her professional career and in ways a turning point; to bring both strength and sensitivity to the big screen.

Says Kriti Sanon in an interview with a a leading magazine, "Adipurush is a role and a world that I was a little bit nervous to play and step into because I didn't know that world and I didn't know what I was going to do and how I was going to play a part that holds so much importance in our religion and our history. With that weight, you also as an actor feel responsible because you're playing such an iconic character and a part".

Sources close to the film also mention how the new pairing of Prabhas and Kriti Sanon is intriguing and one to watch out - The team is extremely excited about how the Pan-India release is shaping up and how the onscreen chemistry and camaraderie between the two is translating beautifully.