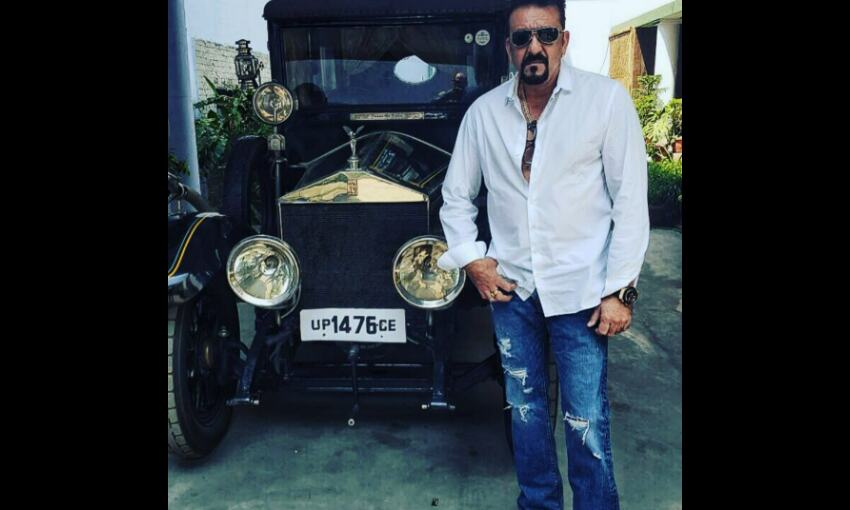 Ranbir Kapoor and Sanjay Dutt starrer 'Shamshera' was released in theatres just a week ago and the film bombed at the box office on the first weekend itself. The film could not rake in the numbers that the makers expected and even the critics bashed the much-hyped big banner entertainer. Made at an estimated cost of Rs 150 crore, the film is expected to earn around Rs 40 crore in its first week.

Sanjay Dutt, who played the antagonist in the film, has penned a note in the film's defence.

Sharing a note on his social media, Dutt captioned it '#ShamsheraIsOurs'. The 'Munnabhai' star wrote that a large section of people who hated the film did not even watch it and he found it 'horrible' that they did not respect the hard work that was put into the making of the film. A part of his note read, "Movies are made for audiences to relish. And every movie finds its viewers, sooner or later. 'Shamshera' found a lot of people hating on it; some of the hate came from people who didn't even watch it. I find it horrible that people don't respect the hard work we all put in. I admire Karan as a filmmaker and mostly as a person."

Sanjay mentioned that the film's director Karan Malhotra 'has the knack of giving characters that strike a chord'. Karan and Sanjay had previously worked together on 'Agneepath', where Dutt played Kancha Cheena.

"Karan is like family and success or failure aside, it will always be an honour to work with him. I stand by him always," he wrote.

Sanjay was hopeful in his note that 'Shamshera' will find its audience someday.

"'Shamshera' will find its tribe someday but until it does, I stand resolute with the film and the memories we created, the bond we shared, the laughs we had, the hardships we went through," he wrote.

Talking about Ranbir's performance in 'Shamshera', the 'KGF 2' star wrote, "His craft and ability to depict emotionality on screen is par excellence. It pains to see how people are so eager to spew hatred on the work of one of the most hardworking and talented actors of our times. Art and our commitment to it transcends the hate coming our way. The love we feel for the film and its people goes beyond everything that's being said."