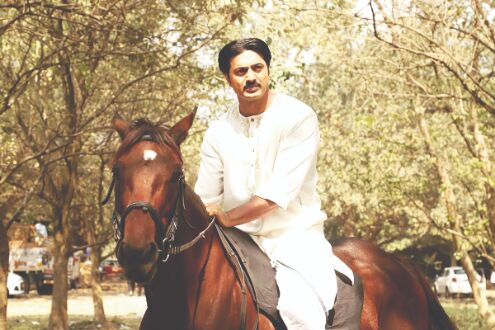 Magnum opus 'Golondaaj' is based on legendary football player Nagendra Prasad Sarbadhikary, who is also known as the father of Indian football. This film was also released on the same day. His last puja release was in 2019 with his home production 'Password'.

"Of course, I am elated. I am confident about both films. 'Hobu Chandra' took a lot of effort to shoot and we wanted to reach out to the maximum number of people. Also, the film is based on the stories by Dakshinaranjan Mitra Majumder. So, the film can be enjoyed by both kids and adults. Those who want to enjoy watching films at home can watch 'Hobu Chandra' and for others, there is 'Golondaaj' waiting on the silver screen," said Dev, whose next 'Kacher Manush' is with Prosenjit Chatterjee.

This was for the first time that two films of Dev were released on the big screen as well as television on the same day.

For 'Golondaaj', Dev had to slog even harder as an actor. He was injured multiple times on the set while playing the character of Nagendra Prasad Sarbadhikary, the man who went on to set up many football clubs in Kolkata. A large portion of the film, directed by Dhurbo Banerjee, was shot in the post-pandemic period.

Dev, who was recently in his constituency Ghatal to preview the flood situation, wants the audience to enjoy both 'Hobu Chandra' and 'Golondaaj'.

"Both the films are made on a massive scale. Bengali cinema has not made a proper fairy tale in the last 30 to 40 years and I am sure 'Hobu Chandra' will live up to the expectations. Through 'Golondaaj', we have tried to create a curiosity among the people about a hero, who was the father of Indian football. Since this puja, we are vaccinated a bit more and have planned our puja, I hope the audience will watch the films and Bengali cinema will regain its glory," said Dev.