'Aarya made me fall in love with art of filmmaking again'

The 'Disney+ Hotstar' show, an adaptation of Dutch crime-drama 'Penoza', became an instant hit and received an International Emmy nomination 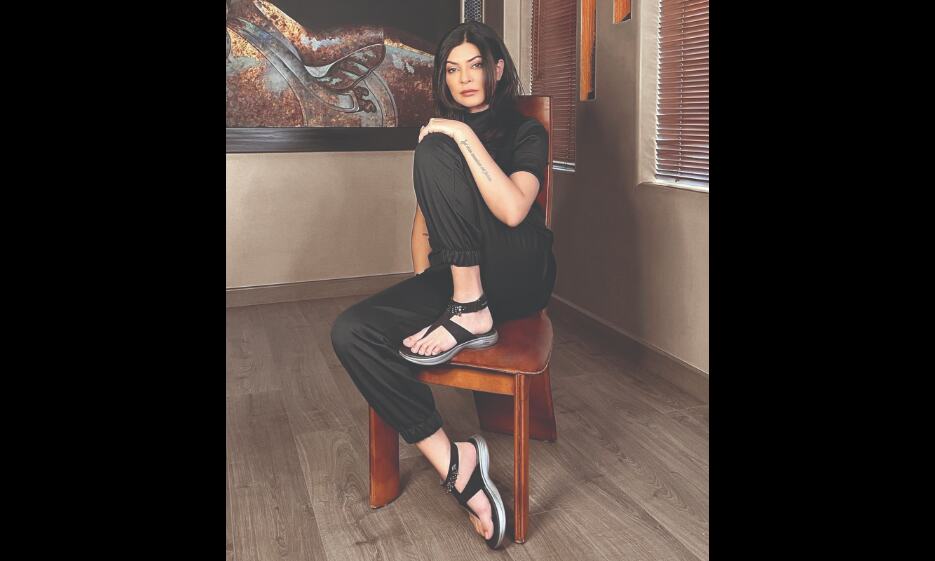 Actor Sushmita Sen says she joined her critically acclaimed web series 'Aarya' with no expectations, but it soon turned into a passion project that resurrected her love for storytelling.

Sen, whose last film appearance was in 2015 Bengali feature 'Nirbaak', made a high-flying return to acting in 2020 with the first season of 'Aarya', created by 'Dhamaka' helmer Ram Madhvani.

"When we made 'Aarya' season one, we made it with no expectations. We made it with a lot of heart. It is a huge 500-member team and we just put our life and soul into it, every single one of us. The way it was received was overwhelming, we did not expect that. It was, in so many ways, the resurrection of the art that I love I have fallen very passionately in love with the art of filmmaking again after a long time," the actor told PTI in an interview.

The 'Disney+ Hotstar' show, an adaptation of Dutch crime-drama 'Penoza', became an instant hit and received an International Emmy nomination in the best drama series category.

As she gears up to return as Aarya Sareen, Sen says for the sophomore season the team has focused on the story rather than being consumed by the pressure of delivering another success.

"Coming back to it after a long time and to be able to see it like that was something I will always remember and cherish," she added.

The first season of the show was shot using a 360-degree method of filming, where one captures a sequence with three to four cameras without any cuts, the actor said.

The upcoming season has also been filmed using the same technique and for Sen this came as a huge diversion from all the pressure of creating a follow up to a successful season one.

"With season two, we came with the pressure of knowing that we are a successful show and people have loved us. It was a different outing this time. We did not let ourselves be consumed by the pressure," she said.

The first season of the series revolved around a happily married Aarya Sareen, whose world turns upside down when her husband, pharma baron Tej Sareen (Chandrachur Singh) is shot and a threatens looms her family due to Tej's possible involvement in an illegal drug racket.

The upcoming season will follow Aarya's journey as a mother combatting the dark world of crime and enemies closing in on her and her children.

Sen said Aarya has evolved into a fiercer soul as she realises that in order to protect her children, it is important for her to survive.

Sen added, "In season two, the woman rises. That makes the two seasons so different. All aspects of her life are protected, sure. But she as a woman realises that sometimes enough is enough."

The show and the character gave Sen an opportunity to see content creation in a different light and with a new perspective. The actor believes the way Madhvani shot the series, it helped her explore the vulnerable side of herself in real time.

"I come from school where we are used to cuts and over-the-shoulder and all those methods and somehow it never helped me explore the vulnerable side of me in real time, like this school of acting has," shared Sushmita.

The series has been praised for capturing both the strength and weakness of its protagonist. Sen asserted that while most creators are not patient enough to dwell into the two aspects simultaneously, Madhvani has tried to use Aarya's tender side to make her more appealing.

"Ram said the strongest of women have the deepest of vulnerable sides, it is just that most people are not patient enough to be able to scratch the surface," she revealed.

She added, "So through 'Aarya', we reach the surface of vulnerability and try to show that a strong woman is not strong because she doesn't have fears. Despite it, she is strong. That vulnerability makes Aarya's strength ever so appealing."

'Aarya' season two started streaming on 'Disney+ Hotstar' from December 10 and as excited as Sen is for audiences' reaction to her performance, she is also hopeful that the team gets to return with at least three more seasons.

"I'm looking at season five straight out of the bag. Because we are adapting on the emotional level of 'Penoza' and it has five seasons. So, we do have the content. We have kind of moved in our minds to the storytelling, rather than being stuck with just one season. It is an ongoing story," she said.

Vinod Rawat and Kapil Sharma have co-directed alongside Madhavani.