A melange of drama, comedy 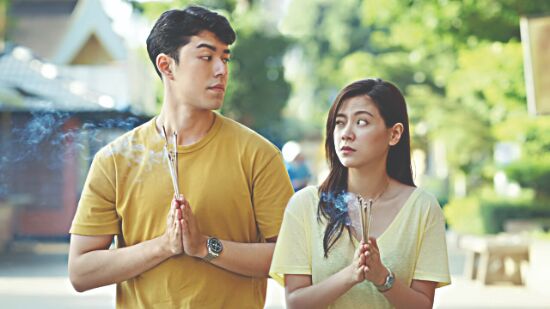 The much-awaited three-day 'Namaste Thailand Online Film Festival 2021' has begun with 10 popular Thai films specially curated for the festival. The fourth edition of the annual 'Thai Film Festival', hosted by the 'Royal Thai Embassy' in New Delhi, is held online this year due to the COVID-19 pandemic.

The maiden digital edition is screening a selected number of Thai films with English subtitles, available round-the-clock till August 22, 2021, on the online platform 'Festival Scope' (URL: https://www.festivalscope.com/page/namaste-thailand-film-festival/). The mélange brings drama, romance, comedy, thriller and documentaries and each film will have a limited number of 1,000 entries. Viewers can also win exciting prizes during the festival by participating in the 'Facebook' (www.facebook.com/namastethailand) and 'Instagram' (@namastethailand) activities.

'Namaste Thailand Film Festival' made a debut in 2017 on the 70th anniversary of Thailand-India diplomatic relations. This year, the films bring home folklores and modern-day tales of friendship, love, companionship and yearning, intending to foster closer socio-cultural and people-to-people ties between the two countries rooted in age-old social and cultural interactions. Two films – 'Friend Zone' and 'Homestay' - are back on popular demand.

"We are hopeful that the festival will be as successful as the previous ones but would reach a greater audience as it will be held in our first-ever digital edition. We also welcome them to share their thoughts and reviews on social media," says Pattarat Hongtong, Ambassador of Thailand to India.

10 Thai films which will be screened during the three-day festival are as follows.

'Friend Zone': Two friends question themselves if they can turn their 10-year friendship into something more.

'Homestay': A soul is sent to live in the dead body of Min and find out the answers behind its mission.

'Nha Harn': A young girl faces her past lover and whether she wants to reconcile with him or not).

'Present Still Perfect': Toey has to decide whether to follow his heart by letting his forgotten love inside or accept the truth and let him go.

'The Exchange': A planned robbery of a young couple goes unexpectedly wrong.

'Where We Belong': An aspiring girl plans to go abroad for further studies but later reflects on her relationship with friends, love and family.

'Nakorn - Sawan': A daughter comes back to her hometown to attend the funeral of her mother.

'Krabi, 2562': A nameless character takes people around town to explore various sites that capture Krabi in its current state.

'BNK48 One Take': It is a documentary on a girl-group 'BNK48', the biggest girl-group in the world during 2018-2019 and its competitive selection system.

'Manta Ray': A stranger slowly begins to take over his friend's life - his house, his job and his ex-wife.