'83 is a glorious tribute to the historic moment' 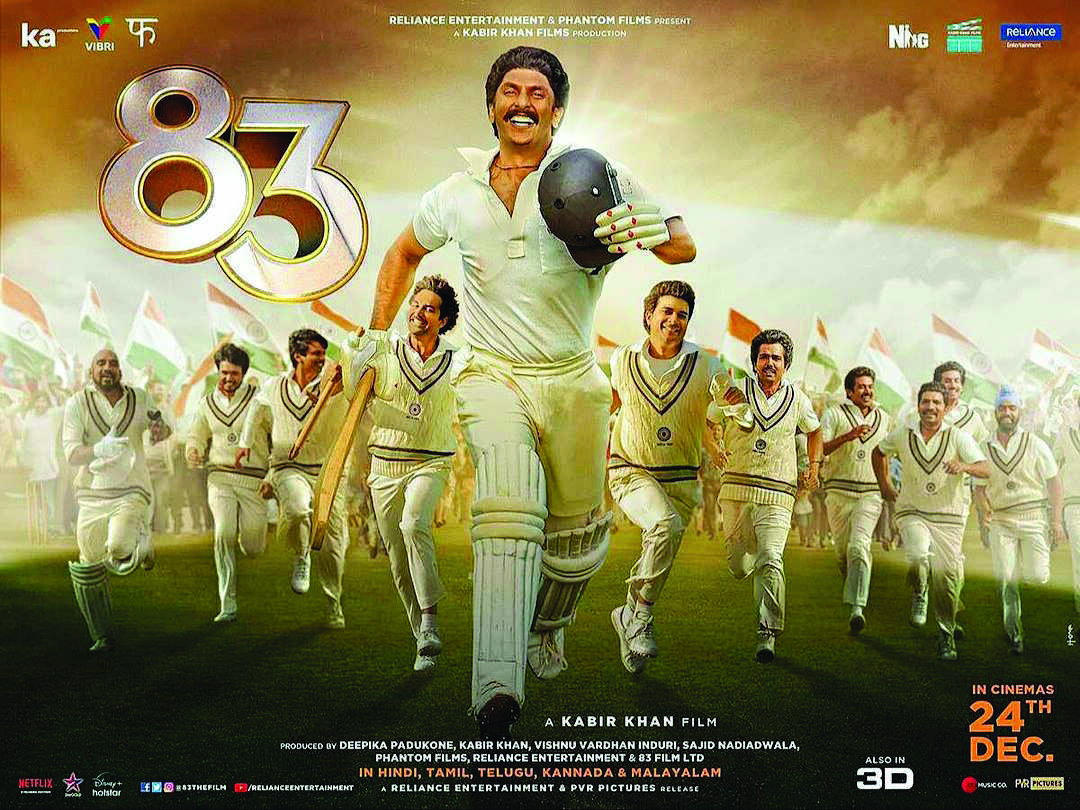 Bollywood actor Ranveer Singh said that his film '83' is not just a movie but a tribute to the moment that made history in the game of Indian cricket.

The cricket drama, directed by filmmaker Kabir Khan, chronicles India's win under Kapil Dev's captainship when the team defeated West Indies in the final to clinch their first-ever World Cup trophy in 1983.

Singh steps into the shoes of Kapil Dev.

Expressing gratitude to his fans and well-wishers, the 36-year-old actor posted a heartfelt note on 'Instagram' thanking everyone for appreciating the trailer, which has garnered more than 50 million views.

"Thank you to movie fans all over the country and beyond, our film fraternity, the press people from all walks of life and generations who have appreciated the movie's trailer and we are filled with gratitude and gladness," he wrote.

For Singh, '83' is not just a movie but his way of paying tribute to the historic win of India against the West Indies.

"It is a glorious tribute to that moment in Indian history that changed it all! It is about the great achievement of the Indian Cricket Team of 1983 Kapil's Devils'! These men are legends and it is an honour to be a part of the cinematic telling of their iconic story on the big screen!" he said.

He added, "Once again, thank you from the bottom of my heart for your generous and loving messages! Kaptaan Kabir Khan, it is everything you dreamed of! Take a bow!"

Presented by 'Reliance Entertainment' and 'Phantom Films', '83' will arrive in cinema halls on December 24 in Hindi, Tamil, Telugu, Kannada and Malayalam.

Prithviraj Sukumaran and Kichcha Sudeepa's production will present the Malayalam and Kannada version.