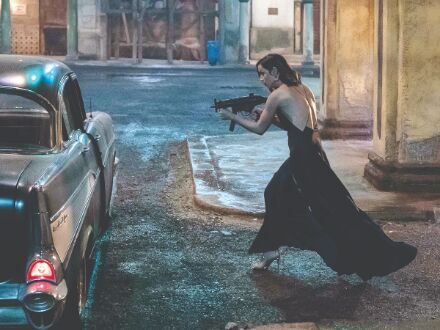 The 25th James Bond movie, 'No Time to Die', has become one of the few big-screen releases during the COVID-19 pandemic to cross the 700 million dollars mark. A Cary Joji Fukunaga directorial, the Daniel Craig-starrer has accumulated 708 million dollars. It is only the second Hollywood film after 'F9' to achieve this feat.

But in terms of purely overseas (outside North America) earnings, the film has grossed more than 'F9' and is thus the biggest overseas earner in Hollywood during the pandemic.

The film was made on a hefty budget of 250 million dollars, so great performance at the box office was essential. Craig has received a lot of praise for his swan song performance in 'No Time to Die', with some saying it is the best performance of his career.

Directed by Cary Joji Fukunaga and written by Neal Purvis, Robert Wade, Fukunaga and Phoebe Waller-Bridge, the film follows a jaded Bond who has retired from MI6 but gets recruited by the CIA to rescue a kidnapped scientist.