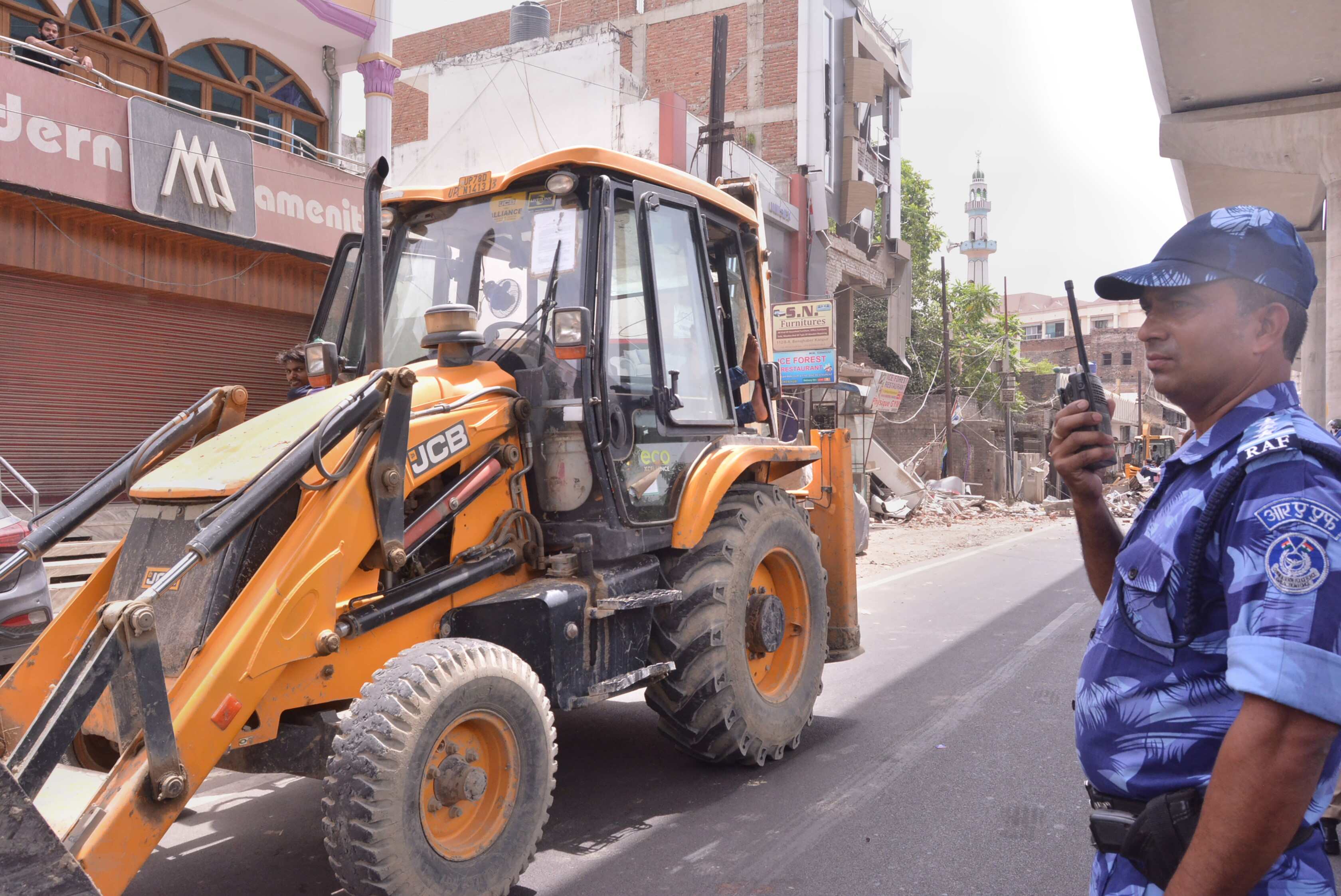 The Uttar Pradesh government's unabated deployment of bulldozers as a punitive action against protestors related to the Prophet remark row reflects the state leadership's sheer ignorance of Constitutional and legal values. The pride with which the disgraceful act is being practiced is both threatening and disappointing. Bulldozers appear to be gaining broader acceptance as a symbolic tool in the market of communal politics in India. Following the trails of Uttar Pradesh, the Karnataka government is also contemplating similar actions. India as a nation has been shaped through solid Constitutional mandates, and not through the spirit of 'bulldozing' citizens' residences. If bulldozers manage to replace established legal provisions for punishing wrongdoers, it will be a grave disrespect to India's justice system and an irreparable loss to the idea of India. The Uttar Pradesh government's bulldozer action is more insidious than it seems — it has ingrained social, political and cultural dimensions. Politically, it has paid dividends to the Yogi government by consolidating his image as a tough leader. Starting as a tirade against the UP CM by Samajwadi Party leaders, the phrase 'bulldozer baba' has caught public imagination and now characterizes Yogi Adityanath. Among other factors, the 'bulldozer baba' image might have been one of the vote-earners for the party. It is perhaps this metamorphosis of bulldozer as a political tool that allowed Deputy CM Keshav Prasad Maurya to boldly declare that "jo jo galat karega, wahan wahan bulldozer chalega (All the wrongdoers will face bulldozer action)" — disrespecting the daunting efforts of Constitution makers in laying down legal provisions for wrongdoers. Congress leader Shashi Tharoor, while criticising the Uttar Pradesh CM's decision to crush "criminals and mafias" through bulldozers, raised a pertinent question: "Under what law & following what process has this been done? Has UP exempted itself from the Constitution of India?" In the first place, bulldozers are not the right tools to punish "criminals and mafias". Secondly, it cannot be left at the discretion of the executive wing to decide who are "criminals and mafias". This task is better left to the judicial process. Currently, cases related to misuse of bulldozers are pending in three courts — the Supreme Court, Allahabad High Court and Madhya Pradesh High Court. The Supreme Court of India stayed a similar demolition in Jahangirpuri in April this year. Still, if the UP government is continuing its bulldozer action, it undoubtedly goes against the spirit of justice and undermines India's well-established legal system. The country appears to have come again at a point when an individual is allowed to stand above the law, and history shows it is not a good sign! While the use of bulldozers as a political tool is threatening, more concerning is the issue of cultural manipulation. Backed by strong right-wing forces, Bulldozers have emerged as a medium of communal segregation as well. Be it Jahangirpuri or the recent case, an apparent effort is visible to marginalize Muslims. Cultural revival — with Hindutva at its core — has been the core thrust of the right-wing ideology. The Hindutva, in turn, is wrongly placed as an antithesis to Islam — implying that survival of one could come through elimination of the other. An implicit sense of fear is being created and sold by certain right-wing leaders to cash political opportunities. The most terrifying aspect is the advertent or inadvertent contribution by the state in this fabricated process of 'cultural revivalism'. In essence, what the radical right-wing forces are doing is that they are causing irreparable damage to the rich Indian culture. At the top of politics and culture are two more dimensions — religion and society. Drawing momentum from religious fervor and consolidating with widespread social acceptance, the bulldozer culture is something that would require serious effort to be rooted out. The threatening blend of politics, religion, society and culture has made bulldozer culture a difficult tangle to solve. It requires a strong institutional response. While least is expected from the legislative and executive wings, the judiciary must stand out in its response. The vitriolic state of the Fourth Pillar has ruled out another option that could have served as a game changer.