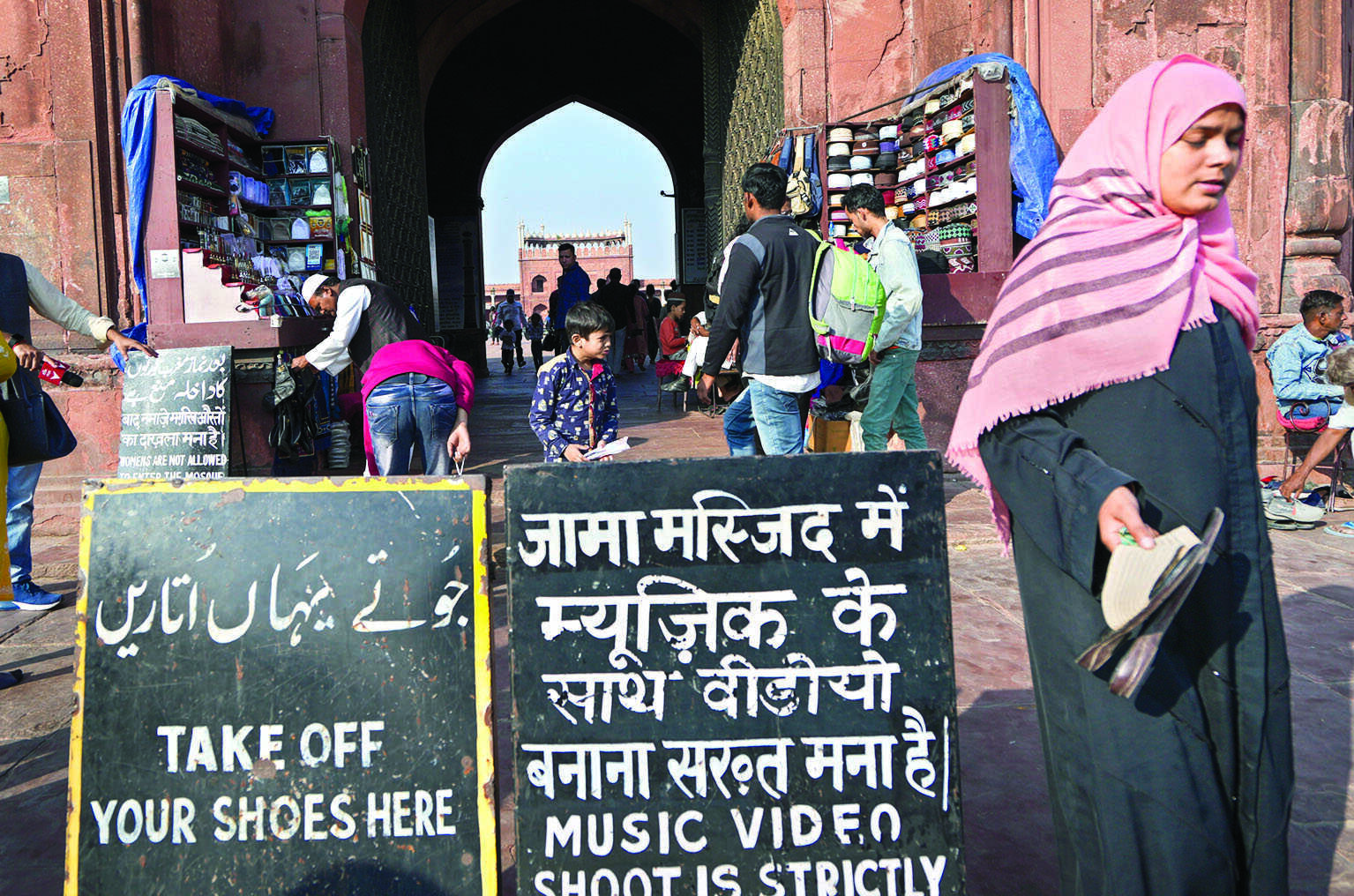 New Delhi: Jama Masjid's Shahi Imam has agreed to withdraw the order restricting entry of women in the mosque, after Delhi L-G V K Saxena spoke to him and requested him to take back the decree, Raj Niwas sources said on Thursday.

They added that Imam Bukhari agreed to revoke the order, on the condition that visitors respect and maintain the sanctity of the mosque.

The notice, which had no date, came up a few days ago outside the three main entry gates of the 17th century Mughal-era mosque that attracts thousands of devout as well as tourists, sources in the administration said. However, it had come to attention only now.

"Jama Masjid mein ladki ya ladkiyon ka akele daakhla mana hai (The entry of a girl, or girls is not permitted in Jama Masjid)," read the notice.

Earlier in the day, Shahi Imam Syed Ahmed Bukhari said the decision was taken after some "incidents" were reported on the premises of the heritage structure but it was not applicable to those coming to offer prayers.

"Jama Masjid is a place of worship and people are welcome for that. But girls coming alone and waiting for their dates... this is not what this place is meant for. The restriction is on that," Bukhari said.

"Any such place, be it a mosque, temple or gurudwara is a place of worship (ibadat ki jagah hai) and there is no restriction on anyone coming for that purpose. Just today, a group of 20-25 girls visited and they were allowed to enter," Bukhari added.

A controversy erupted over the issue with women's rights activists terming the mosque's decision regressive and unacceptable.

Later in the evening, Shahi Imam withdrew the order, after Delhi L-G Saxena spoke to him and requested him to take back the decree.

"The L-G spoke to me. We have removed the notice boards. But people visiting the mosque have to maintain its sanctity," Bukhari said.

Taking strong exception to the mosque's order, the National Commission for Women (NCW) asked the Centre and the Delhi government to take appropriate action against the ban, while Delhi Commission for Women (DCW) chief Swati Maliwal termed it a violation of women's rights and sought a detailed action taken report in the matter by November 28.