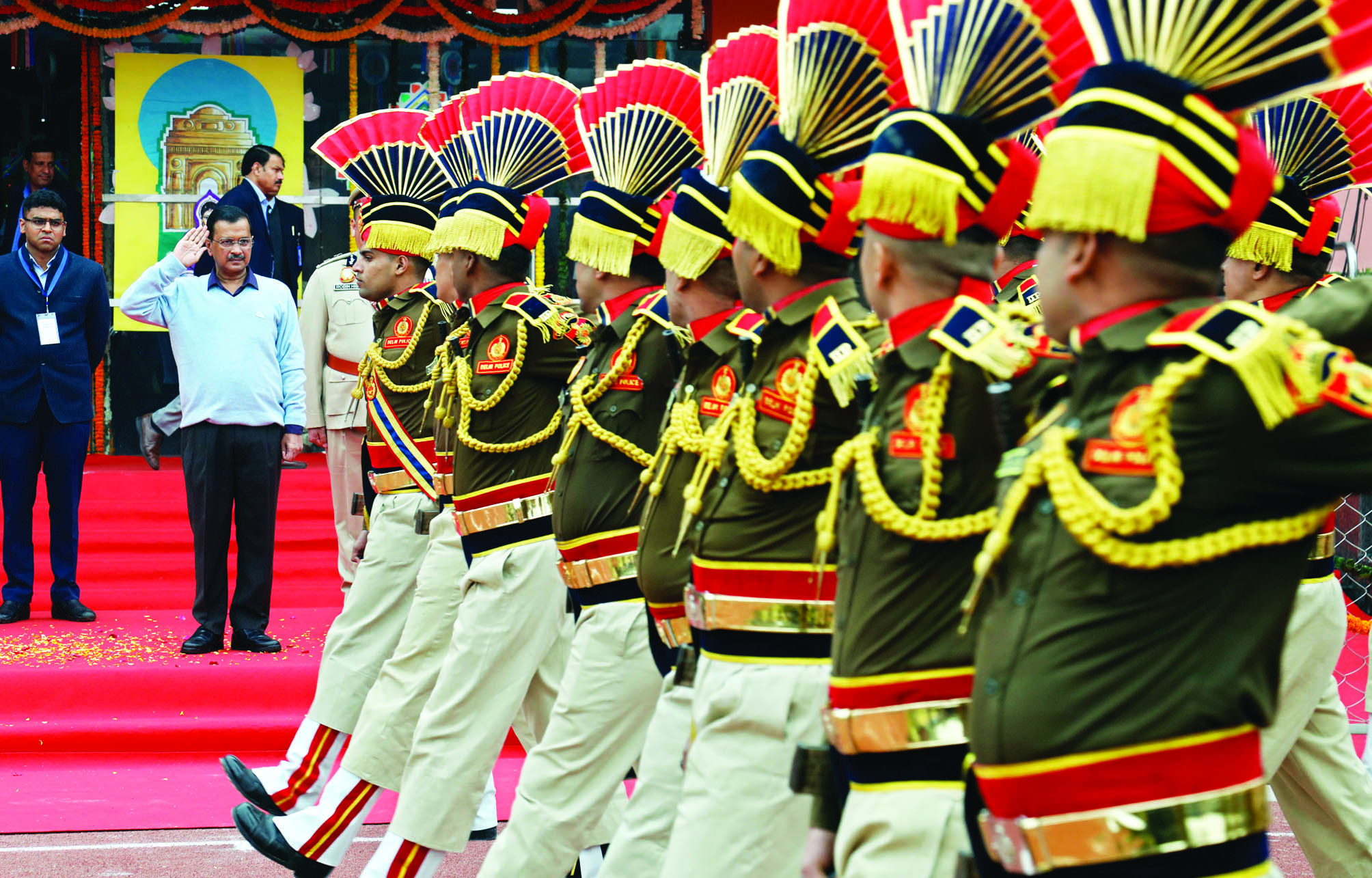 Despite Chinese aggression, India’s trade with Beijing has increased by 50 per cent, Chief Minister Arvind Kejriwal said in an apparent swipe at the BJP-led Centre, and called for a boycott of China to send out a strong message.

Addressing a Republic Day function organised by the Delhi government at Chhatrasal Stadium here, Kejriwal alleged that China is procuring more weapons to use against India with the very money it earns doing trade with us.

“We read about Chinese Aggression on our borders. Today a highly reputed newspaper reported how the Chinese have encroached upon some of our territory near the border. This is a matter of deep concern for every citizen of our country,” he said at the event.

“Our soldiers put in all their might to fight the Chinese on the border. It is now the duty of all citizens and all governments to stand shoulder to shoulder with our soldiers and support them. “It is our duty to send a strong message to China against its aggression. It is our duty to boycott China, look into its eyes and make it clear that we will not compromise on national security,” he said.

Kejriwal alleged that several states were being harassed with Centre-appointed Governors and L-Gs obstructing the elected government’s work, and wondered whether a “dark shadow” was looming over democracy in the country.

Kejriwal claimed that of all states in the country, the inflation rate is the lowest in Delhi, and cited in comparison the rate of inflation in BJP-ruled states such as Gujarat, Madhya Pradesh, Haryana, and Uttar Pradesh.

There’s high inflation across the country, but in Delhi, thanks to the government’s pro-people welfare schemes inflation is well under control, he said. This is because, education, healthcare, transport for women, electricity, and water are free in Delhi, he added.

Highlighting the achievements of Delhi under his government, Kejriwal claimed that the city has left behind London, New York, Washington, Singapore in many fields including number of doctors, start ups, electric vehicles, per capita forest area, and education.

Delhi has become the health capital of the country, he claimed. There are three doctors per 1,000 people in Delhi which is more than what they have in America, England, Canada, Japan which have 2.5 doctors for the same number of people, he said.

In the last few years, the AAP government has installed 2.5 lakh CCTV cameras, he said.

“May our country progress and may all of us 130 crore Indians together take our country forward,” he said. The Chief Minister hoisted the Indian flag and also felicitated Delhi Prisons department officers Rajesh Kumar and Naresh Kumar with Presidential Correctional medals.