"Modern South India: A History from the 17th Century to Our Times" | Decoding Dravidian History

Author Gandhi’s knowledge of individual leaders from the South allows for penetrating insights into their role in shaping India soon after Independence; writes Sayantan Ghosh 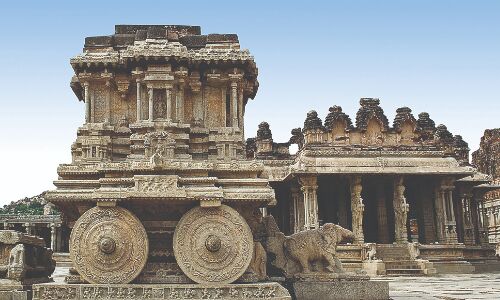 South India, comprising four different cultures – Kannada, Malayali, Tamil and Telugu – has an astonishing history of both conflict and harmony. Historian Rajmohan Gandhi, in his recent book Modern South India, provides a rich and colourful view of the region and its demography. The book explains the narrative of South India through a fascinating glimpse into its modern sociopolitical and cultural unity.

The book picks up the threads from where historian Neelkanta Shastri left them. Gandhi covers nearly 400 years of history and action. In the first three chapters, he explains the effects of European presence in the region during the 16th century and moves towards the time of Tipu Sultan and Nawab of Arcot in the late 18th and 19th centuries. He then comes to the Brtish era followed by the post-colonial time.

The sounds and flavours of the land south of the Vindhyas – temple bells, coffee and jasmine, coconut and tamarind, delicious dosas and appams – are familiar to many, but its history remains relatively unknown. In this monumental study, the first in over fifty years, historian and biographer Gandhi brings us the South Indian story of modern times. At the heart, he tells the story of the four prime, powerful cultures along with those of Kodava, Konkani, Marathi, Oriya, Tulu and indigenous tribes that have influenced the former.

The 18th century witnessed the growth of the kingdom of Mysore, first under Haidar Ali, a military leader who had briefly served the Nawab of Arcot, and then under his son Tipu Sultan, who annexed parts of present-day Tamil Nadu and Kerala. By now, European presence was growing strong and assertive. And, with the fall of Tipu in the Fourth Anglo-Mysore War at the end of the 18th century, the British East India Company (now the sole European power in South India) consolidated its holdings in the South.

In the 19th century, power changed hands from the private East India Company to the British monarch – Queen Victoria became the ‘Empress of India’ and Britain continued consolidating its territory. Despite the tumultuous environment, this century also saw a wave of creative outpouring.

Gandhi has skillfully melded stories of both pre-Independence and post-Independence South India. After 1947, new states were carved out of the former presidencies and princely states along linguistic lines – Tamil Nadu, Karnataka, Kerala and Andhra. The book ends in the present, with a look at the new generation of reckoning political leaders such as M Karunanidhi, N T Rama Rao, M G Ramachandran, J Jayalalithaa, K Karunakaran and Ramakrishna Hegde. It also covers some most significant figures from other fields such as Narayana Guru, M S Subbulakshmi, U R Ananthamurthy and others.

At the elementary level, we always believe that history is only about time. But historian Gandhi tells us that history is much more – it is about politics, society and culture. With elections around the corner, there is a wave of national political parties tying up with counterparts in the south because Indian politics can barely edge forward without embracing South Indian dynamics.

Caste is possible the most important factor of Tamil Nadu politics – and Gandhi tediously explains the rise of this trend. The dynamics of caste, the uniqueness of the Hindu caste system, the operation and function of a caste-oriented society has been analysed in great length.

This book is neither a history nor biography; instead, it flows like a fiction wrapped in the facade of non-fiction. Though sometimes abstruse, the tome must be appreciated for its intense research, unique sense of stylisation and poignant analyses.